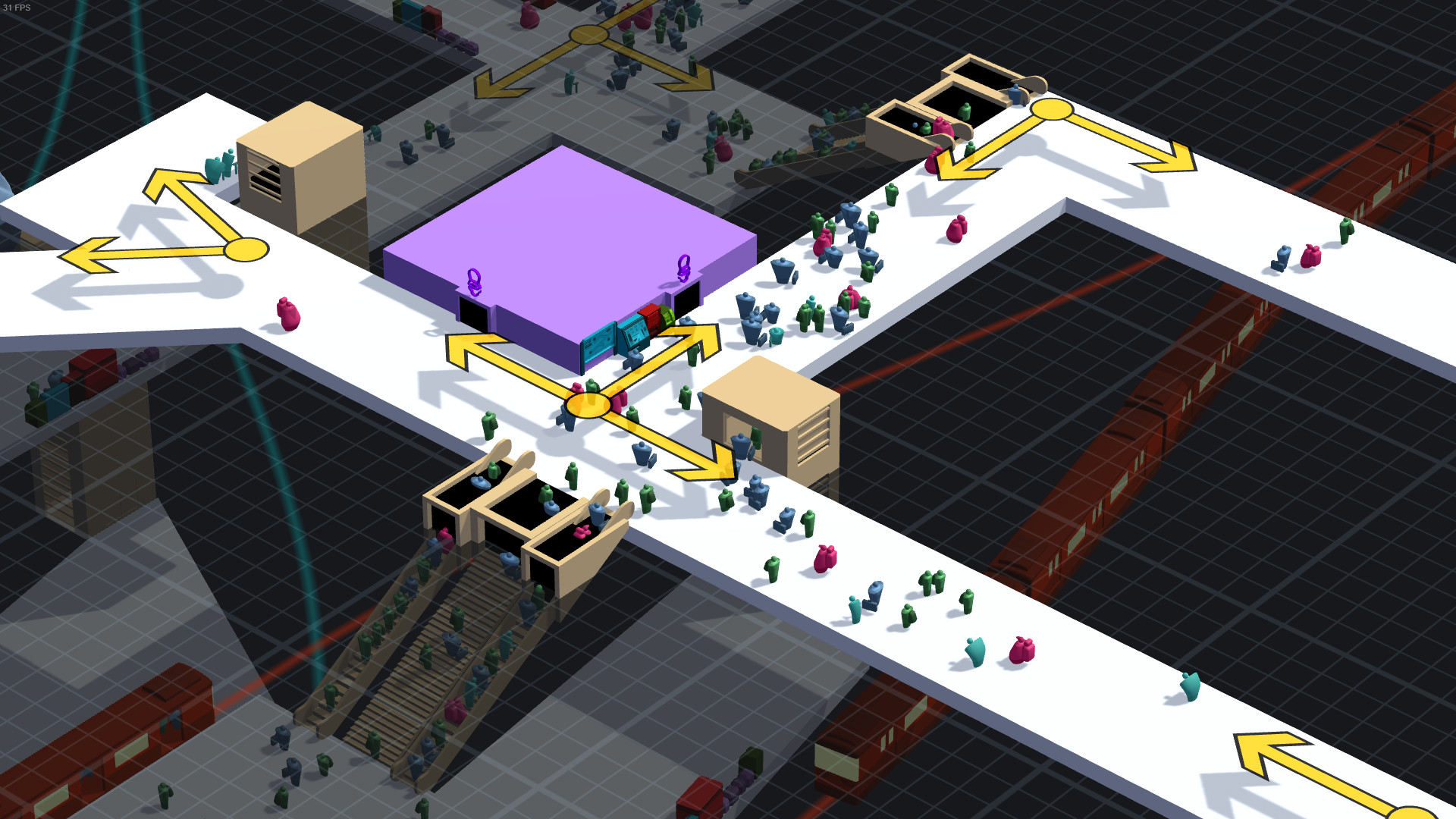 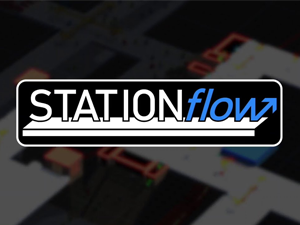 STATIONflow imagines an alternate timeline where people are allowed to congregate in confined spaces in groups numbering well into the hundreds and take “public transport” to travel to and from work. If you can suspend your disbelief, you will find STATIONflow to be a challenging, rewarding, and relaxing management sim.

Simplistic but striking in design, STATIONflow presents you with a subway station to build and manage. But think Dinosaur Polo Club’s Mini Metro rather than SimCity. Starting out, you are presented with several entrances and a platform that all need to be connected. You’ll need to think vertically as well as horizontally. There’s a robust system for building corridors, stairs, escalators, and lifts, and you’ll need to figure out the most efficient way to get travellers from A to B, some of whom have special needs that must be met, such as those in wheelchairs requiring lifts.

As the game goes on, you’ll also need to provide services like food and drinks, bathrooms, and medical care. The abstract visual design means that, even when you have a station spanning multiple levels and your corridors are spiderwebbing across the map both horizontally and vertically, it’s still easy to see at a glance where your problem areas are, or where an extra corridor might shorten some travellers’ journeys.

At the end of each day you’ll be awarded a ranking and your station may level up, with each level adding more complexities for you to deal with. Your rank and XP are determined by how satisfied your travellers are. Travellers become dissatisfied if they spend too much time in the station or don’t have access to the services they need. The ever-present traveller satisfaction meter shows how everyone’s doing, and when that starts dropping, you’ve got a problem on your hands.

Thankfully, the ability to pause at any time means that you never get overwhelmed. As new platforms and entrances are added, you’ll need to update signage and construct new paths. The most common problem I ran into was when a new exit or platform was added and I linked everything up, but then forgot to update a sign somewhere. Rather than being frustrating or monotonous, I found that these moments engaged the part of my brain that enjoys hunting for the right puzzle piece or finding Wally.

Dissatisfied travellers are marked by a yellow or red bubble over their heads and selecting them allows you to see where they came from and where they’re going. It’s easy to then trace their path and see how you could improve that particular journey. Travellers occasionally seemed to ignore my carefully labelled signs, though I’m not sure if this was because of something I did wrong, a bug, or the travellers imitating real life examples of obliviousness.

Replayability comes in the form of challenge maps and trying to unlock achievements. Each new game can also be customised at a granular level, choosing to increase or decrease the multipliers on build times, construction costs, etc. You can also create custom maps, choosing at which rank new platforms and entrances appear. These maps can be shared online via the Steam Workshop and there are already quite a few that have been created by the growing community.

STATIONflow
BOTTOM LINE
Part management sim, part puzzle game, STATIONflow can be challenging at times but never frustrating. This is a great way to pass the time and bring back wistful memories of being crammed into tight corridors with a hundred other dirty, sweaty commuters.
PROS
Scratches that puzzle building itch
Great game to play while listening to podcasts or audiobooks
Excellent electronic soundtrack
The perfect game for lockdown
CONS
If you’re looking for a sequel to Sid Meier’s Railroads, this ain’t it (but nor is it trying to be)
85