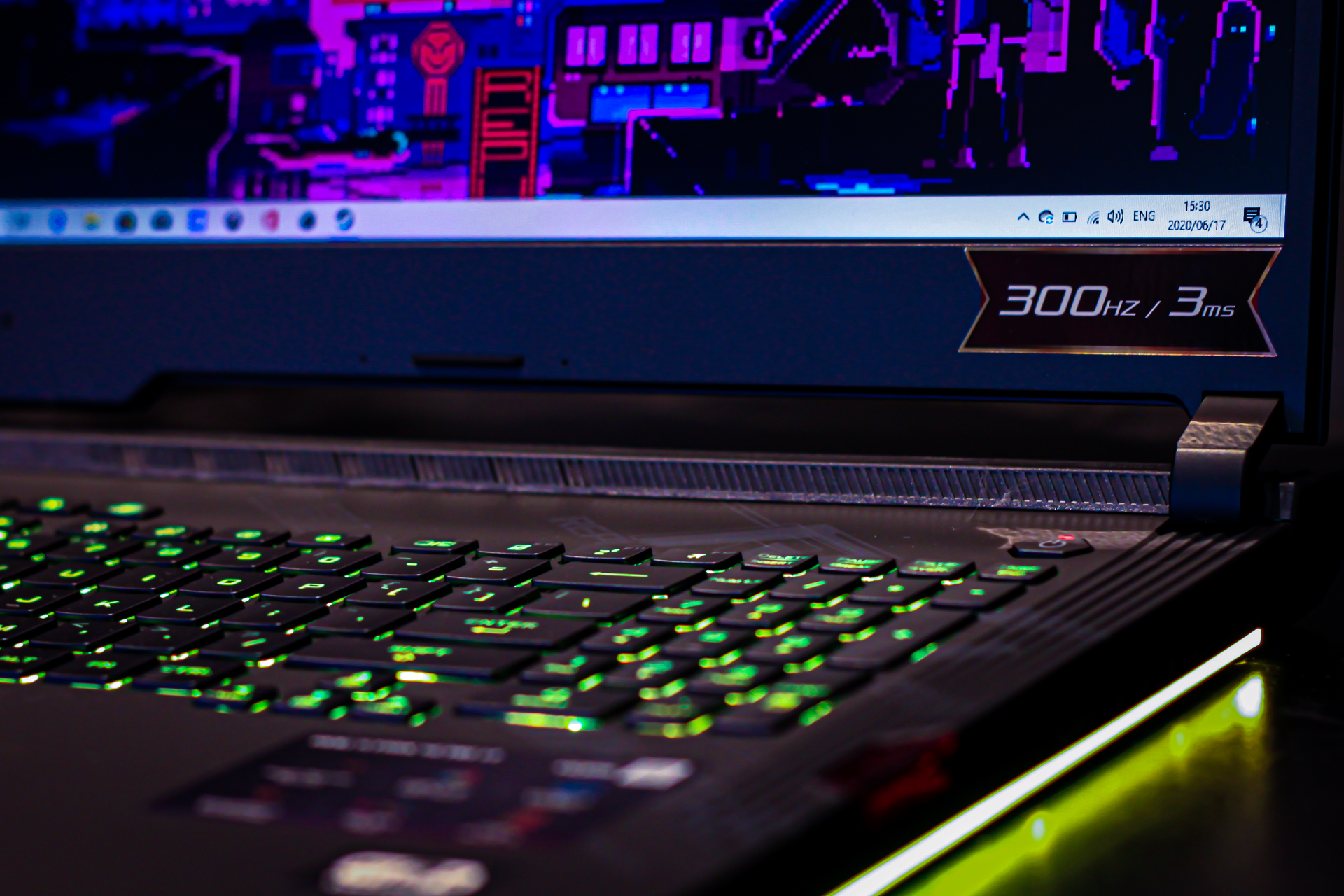 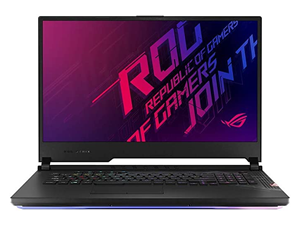 I think I actually, but, like, for reals gasped when I opened up this box. The Asus ROG Strix Scar III G732 is a lot, and not just the spelling (or the price).

At first impression, everything about this machine is a Certified What-If-I-Won-The-Lottery-Class Megabux Absolute Unit™, from its slippy, off-black, matte I-dunno-even-what-but-could-be-some-kind-of-plastic-or-not finish to its asymmetric contour geometry and embossed branding, super-skinny screen bezel, and unicorn sparkle dream RGB. This is a laptop that could totally be a Vogue cover star, if Vogue featured computers as cover stars. And, I mean, it’s 2020, so I think maybe it’s time.

For the moment, though, the G732 is – if we’re keeping with the haute couture metaphor, and we are – this season’s New! Improved! Now with more mega-things! ROG Strix Scar III, an elegant contemporary classic revamped for winter. Or summer, if you’re above the equator.

With two SSDs and 32GB RAM, this is also a hyper fast and responsive PC that loads games and apps and swaps from one task to the next in seconds. I can’t even adequately describe how it feels to use a PC like this. Euphoric? That works, and it’s less creepy than “sexy”. But it’s also kind of sexy.

The G732’s cyberpunk-trendy keyboard has per-key RGB razzle-dazzle (customisable with Asus’s proprietary Aura software, which was pre-installed on the review model), media buttons, and a numpad, and features the same techno-futuristic font as the Zephyrus. With some subtle profile curvature, the keys are ergonomic and comfortable enough for typing, but I’d probably use an external keyboard for extended gaming sessions because I’m a snob like that and also because the G732 collects DNA residue like a boss. The trackpad is… a trackpad. Who even uses trackpads, except by accident. I vote that the next generation of gaming laptops replaces the trackpad with an extra screen, because that would be so rad. 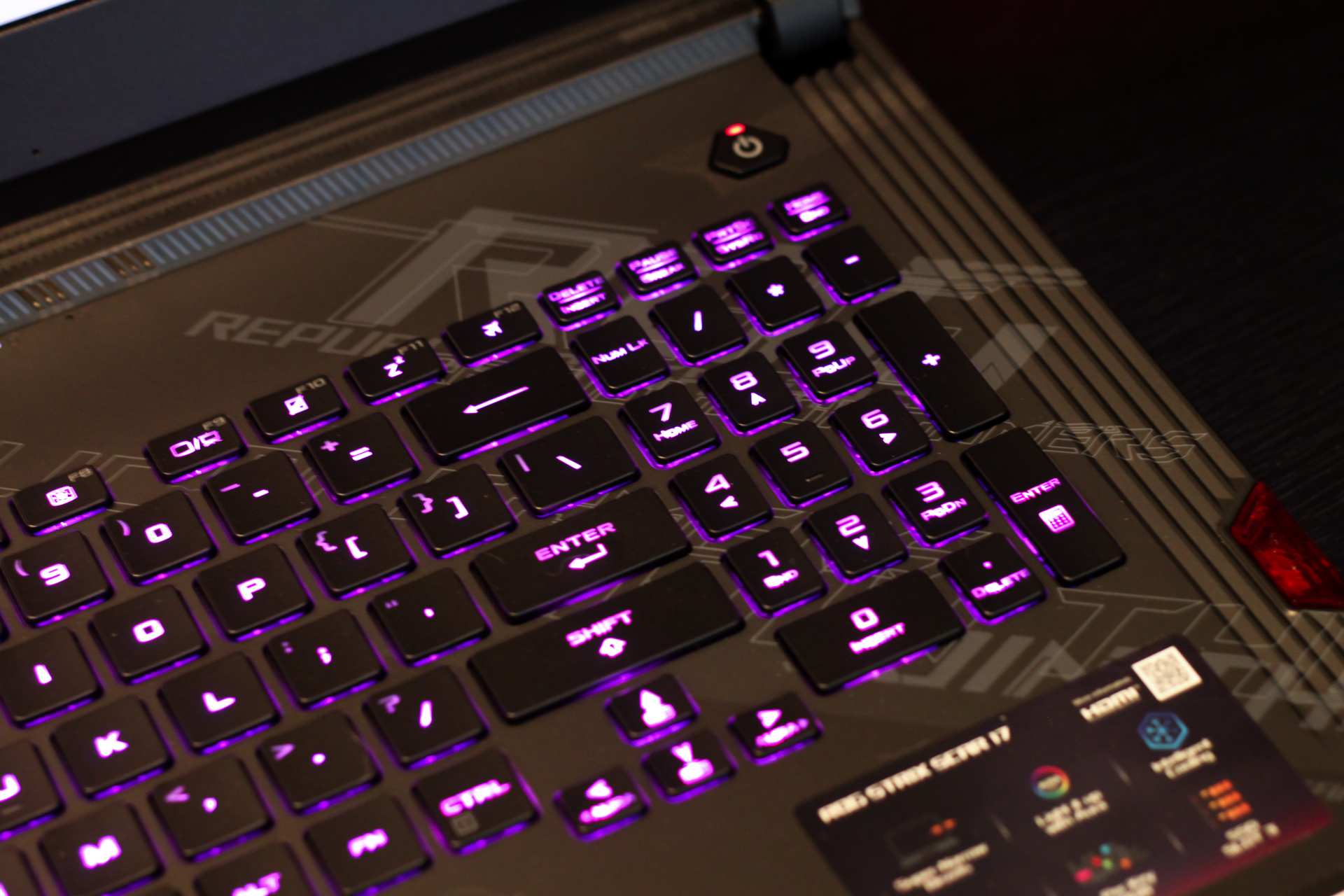 Breaking with convention, most of the G732’s ports – including AC and HDMI, ethernet, and two USB ports – are at the back, not the side of its chassis. As a left-handed user who invariably ends up squabbling for space with peripheral cables, that’s a big plus for me. Two USB ports and the audio jack are on the left, but in comparison with my MSI laptop which has every port ever on the left, it’s a significant improvement. Euphexy, even.

More in convention with laptops launched since 2015 or so, however, the G732 skips things that could present problems for some users – it’s got no optical drive, no webcam, no SD card slot, and no biometrics. If and how much that matters is up to you, I guess, but I don’t ever need those things so whatever. A second external monitor, though? I miss that. Once you’ve been a member of a three-screen club, you can’t go back.

Buuuuut it’s got RGB under it, you guys. UNDER IT. Like a fucking spaceship. 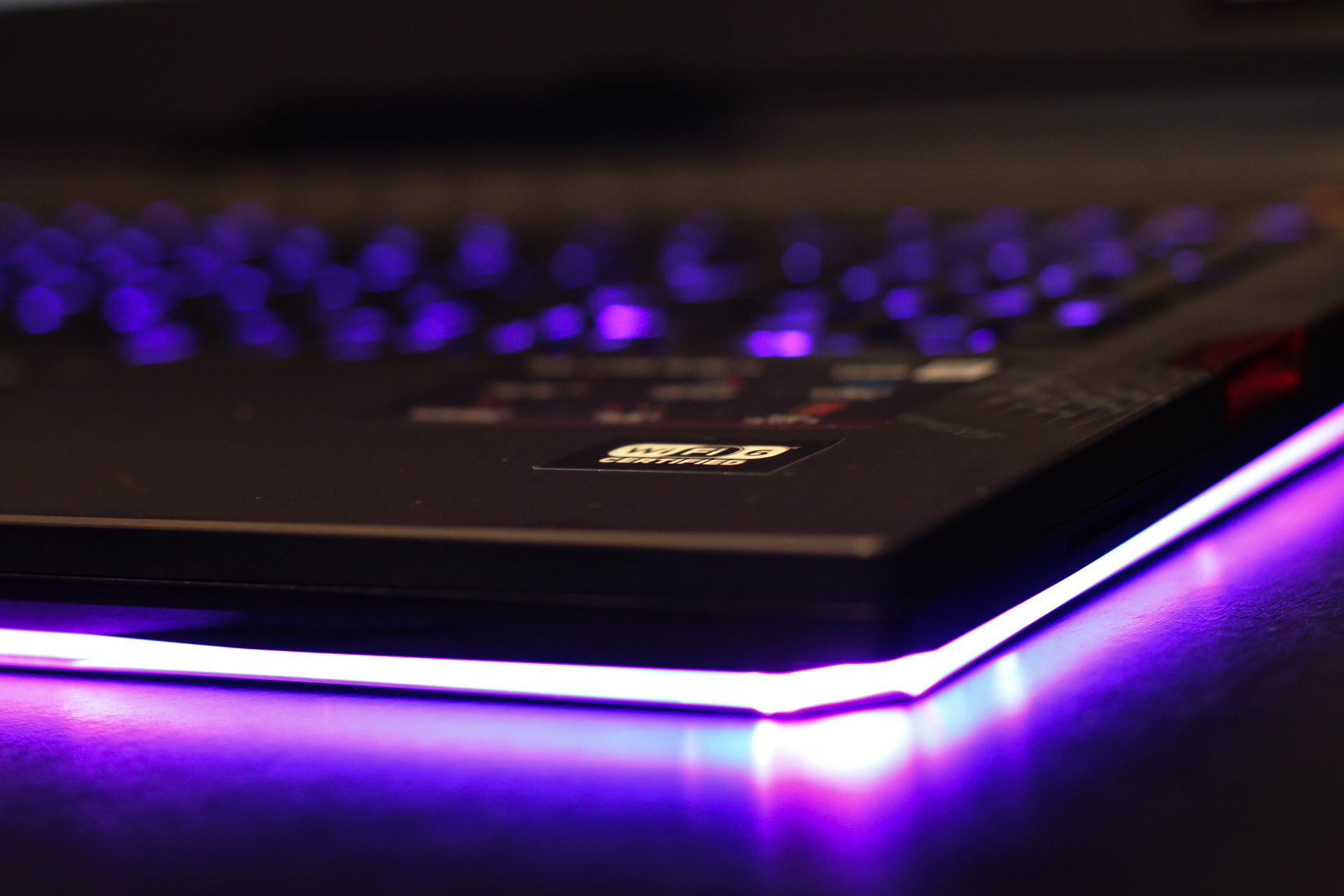 And since we’re talking about spaceships, the G732 sounds like one too. Noisy laptop is noisy, yo. Also hot. Noisy and hot, averaging at about 80 degrees Celsius, but exceeding 90 at times. That’s more or less the rules for a PC like this one, and some of the G732’s intake vents are under the chassis so elevating it could reduce those temperatures, but… wow.

Subject to the same extravagant hardware demands, the quad-cell battery won’t keep this laptop going for very long, either. When unplugged, the G732 limits its display to 60Hz to help with that, but even so, you’re not getting much over an hour of game time, or two to three hours of internet browsing or YouTube.

Asus ROG Strix G732LXS gaming laptop
BOTTOM LINE
The hardest part of my job is saying goodbye.
PROS
400 FRAMES PER SECOND, OMG
Those aesthetics
Ports on the back, like it's 3020
CONS
Only one external monitor, boo
Noisy and hot
93 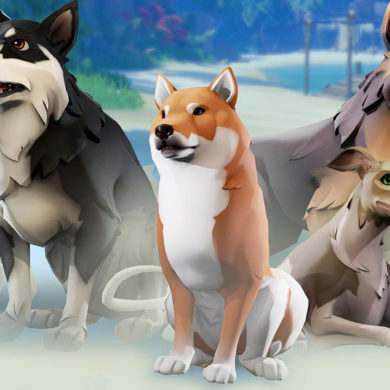