Robotic pets are one of those things that, in theory, could be super rad – a best friend ever to keep you company, listen to you complain about your stupid ex without telling you that the breakup was actually your fault because you’re the worst, and, most importantly, won’t die on you. Unless you’re out of batteries, I mean, but that’s a temporary inconvenience so whatever. The problem is, this doggo is almost definitely going to murder you in your sleep.

Maybe it’s because the Samsung M-1 doesn’t have eyes or a nose or an adorable polony-pink tongue flapping from the side of its mouth. Or a mouth. Or a head, even. Instead, these redundant features have been replaced with minimalist aesthetics, an LED screen, and the promise of extinction.

Designed by Italian concept artist and secret robopocalypse conspirator Gaetano de Cicco, the Samsung M-1 isn’t a real thing (for now, anyway) and exists on the internet as a convenient visual reminder that technology is a mistake. 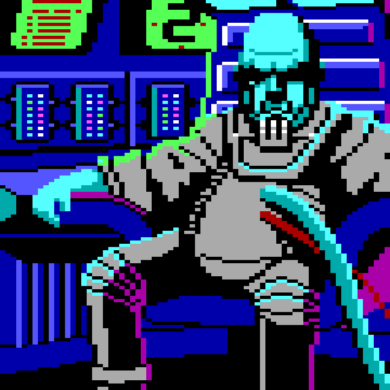 There’s a new version of DOSBox in the works