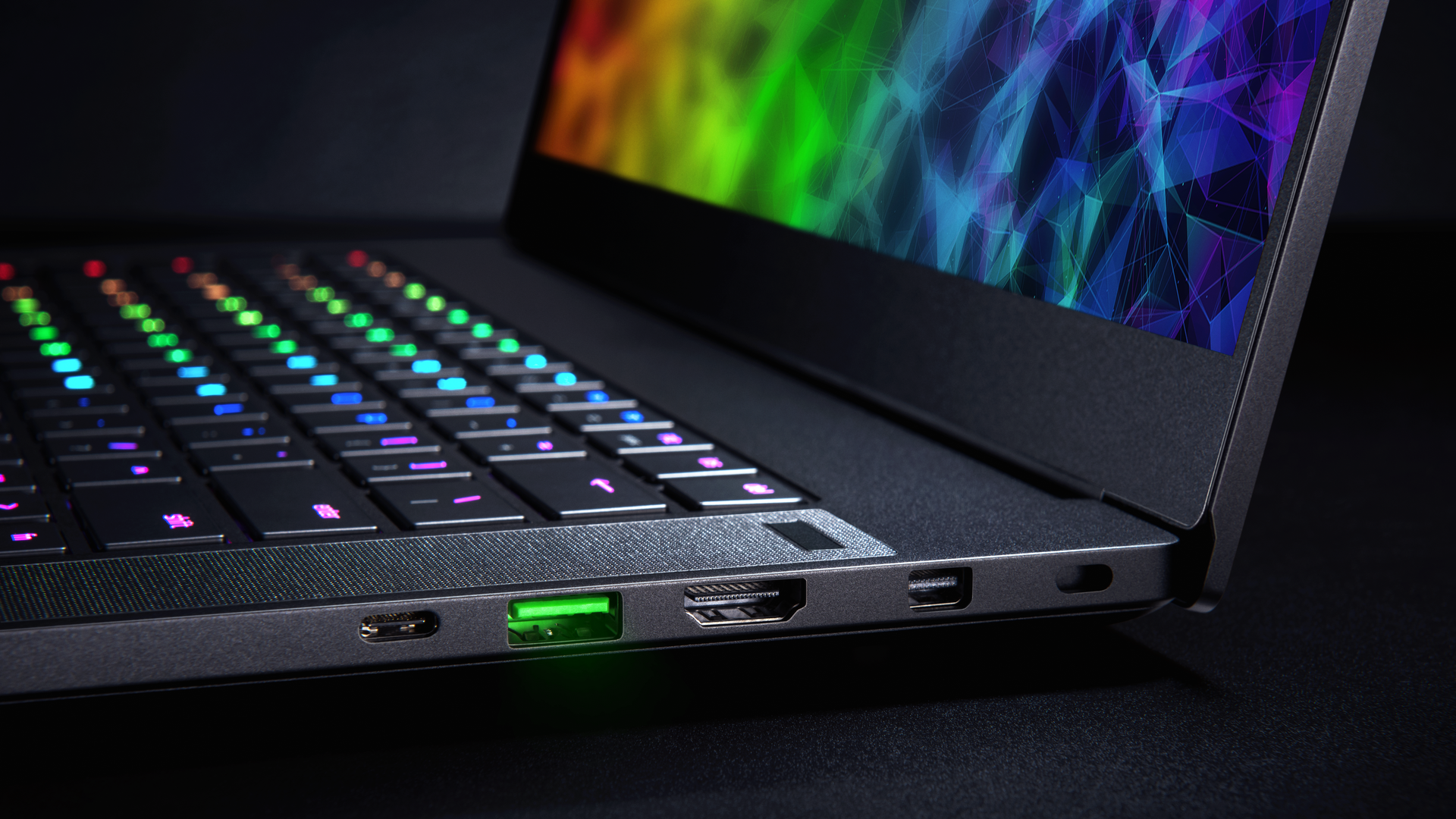 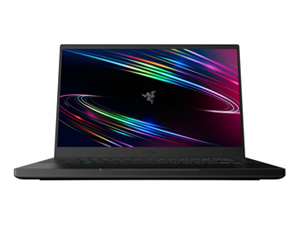 As gamers, seeing the green snakey, snake, snake logo light up on a new Razer device is an almost religious moment – a reptilian blessing bathed in the neon glow of tech purity, washing its disciples with sanctified 1s and 0s and the promise of eternal frame rates, amen.

The Razer Blade 15 gaming laptop is now available in South Africa, with a choice of four different models. NAG’s “base edition” review unit features an Intel Core i7 CPU with six cores clocked at 2.6GHz (up to 5GHz with Max Turbo), an Nvidia GeForce RTX 2060 GPU, 16GB dual-channel DDR4 RAM, and a 512GB PCIe SSD drive. Other models feature variations including an FHD 300Hz or 144Hz display, 1TB SSD, and an Nvidia GeForce RTX 2070 GPU, depending on your requirements (or budget).

A 3DMark Sky Diver benchmark test, designed specifically for gaming laptops, yields a whopping 32,903 score and positions the Razer Blade in the top 96% of gaming notebooks tested to date. The physics framerates on 96 threads bounce off your eyeballs at 42.87 frames per second, and on eight threads an astonishing average of 231.38.

During graphic stress tests, temperatures stayed pretty much the same, with the centre of the RGB keyboard showing 41.6 degrees Celsius and the rear centre slightly warmer at 45.2. Not bad.

In other words, this is a superb gaming laptop in terms of performance.

But what about the battery? With a full charge, I got 52 minutes of game time until a battery low warning – and I had enough time to exit, shut down, and wait for loadshedding to be over. When using the Razer Blade for other stuff like internet browsing or video streaming, you can expect up to three and a half hours of activity before the battery is out of go-go juice. 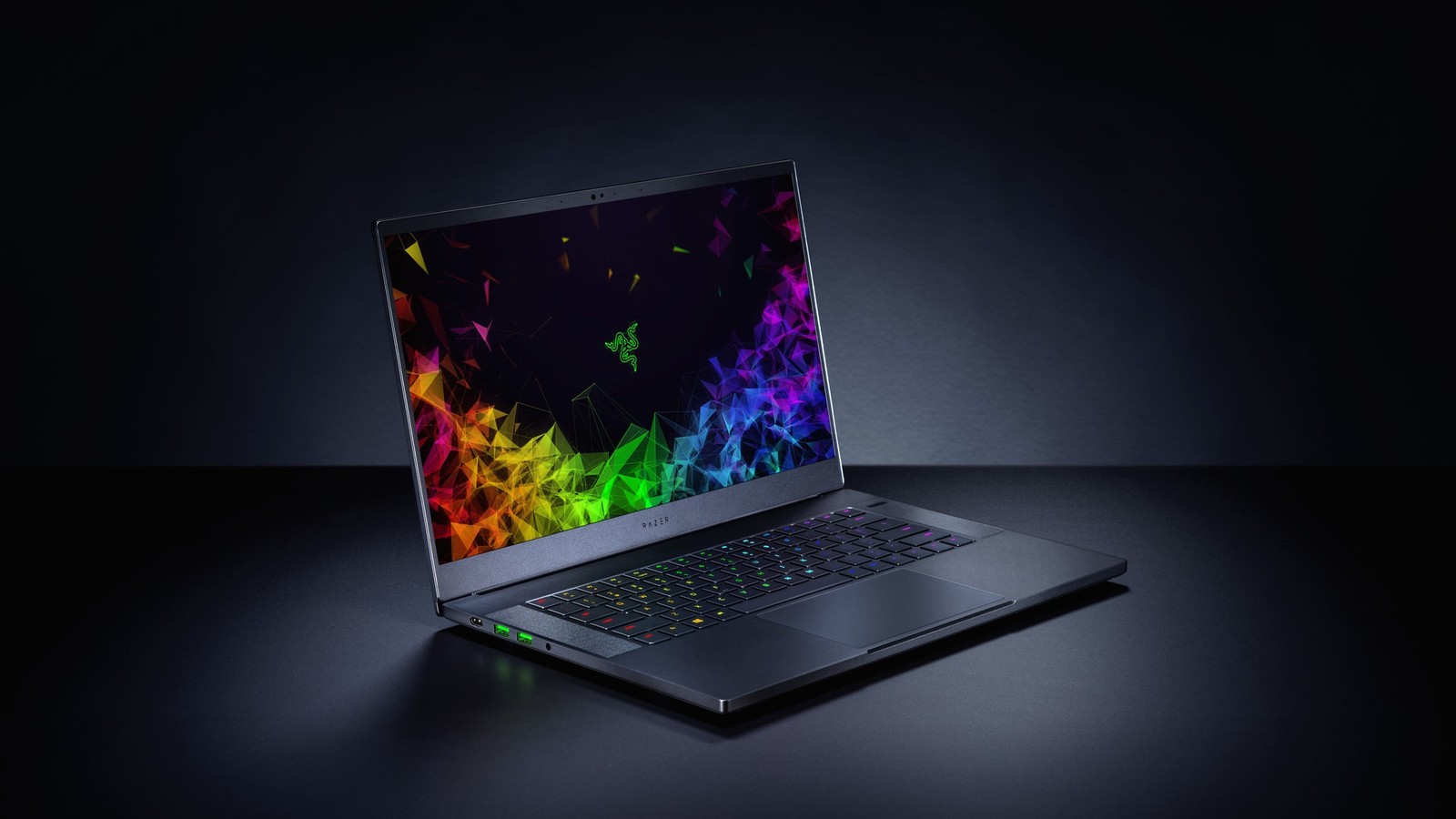 The Razer Blade 15 is also surprisingly light for a gaming laptop, measuring just 2.166 kilos on my trusty kitchen scale, and is encased in anodised aluminium, resulting in a sleek and solid feel. I did notice my pesky fingerprints smudged all over the test unit within minutes of unboxing, but this miiiiight have been exacerbated by snack residue (I mostly behaved, but lockdown pick-me-up snacking is definitely a thing).

Razer Blade 15 gaming laptop
BOTTOM LINE
I’m a gamer and Razer feels like part of my DNA. The Blade 15 had me at unboxing, and I can't find much fault with it besides maybe a choice of a brushed aluminium finish to hide my snacky, snack, snack fingerprints.
PROS
Superb specs for gaming
Beautiful aesthetics
CONS
My eating habits
95 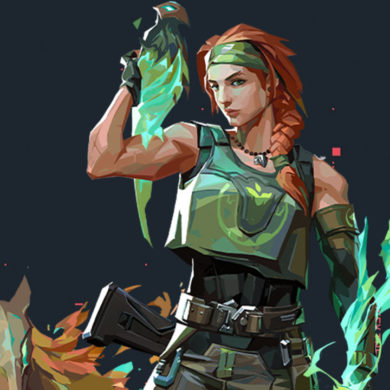