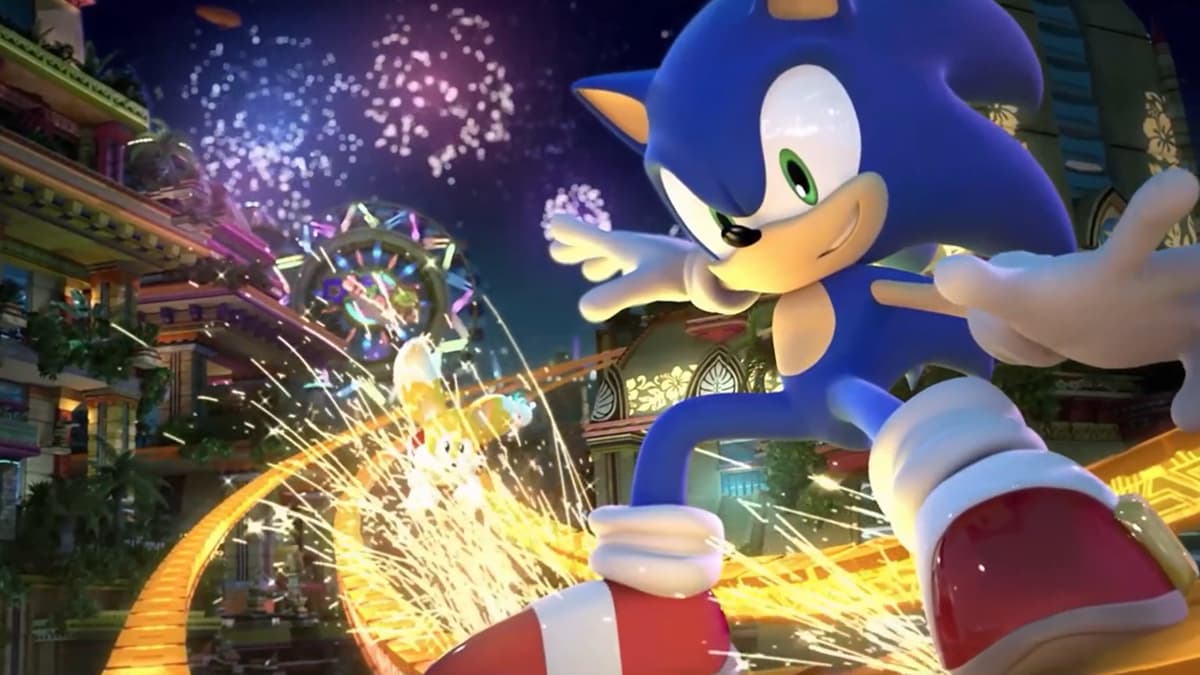 Sonic Colours Ultimate – How does Sonic get hold of Tails? He gives him a ring

The one aspect of gaming that isn’t spoken about enough is the ability games have to take you back in time. It never fails to amaze how one seemingly ordinary Friday night you could be sitting playing games, and then before you know it, you’re back to your childhood again. In my case, that means lying on the carpet in my parent’s house. A slightly sticky controller in hand and hoping, beyond reason, that my favourite game with the slightly (read very) scratched disk would still play.

Sonic is one of the games I remember spending way too much of my childhood playing but somehow never really improving at. My dad used to enjoy the Sonic games, and almost as soon as I could read used to buy me the Sonic comic books, so to say I feel a strong bond to the Sonic franchise would be an understatement. Throughout the years, this childhood bond has kept me interested enough that I’ve tried out pretty much every Sonic title, with various levels of happiness or unhappiness depending on the game but always with the same lack of coordination and slow reflexes I had in my childhood. 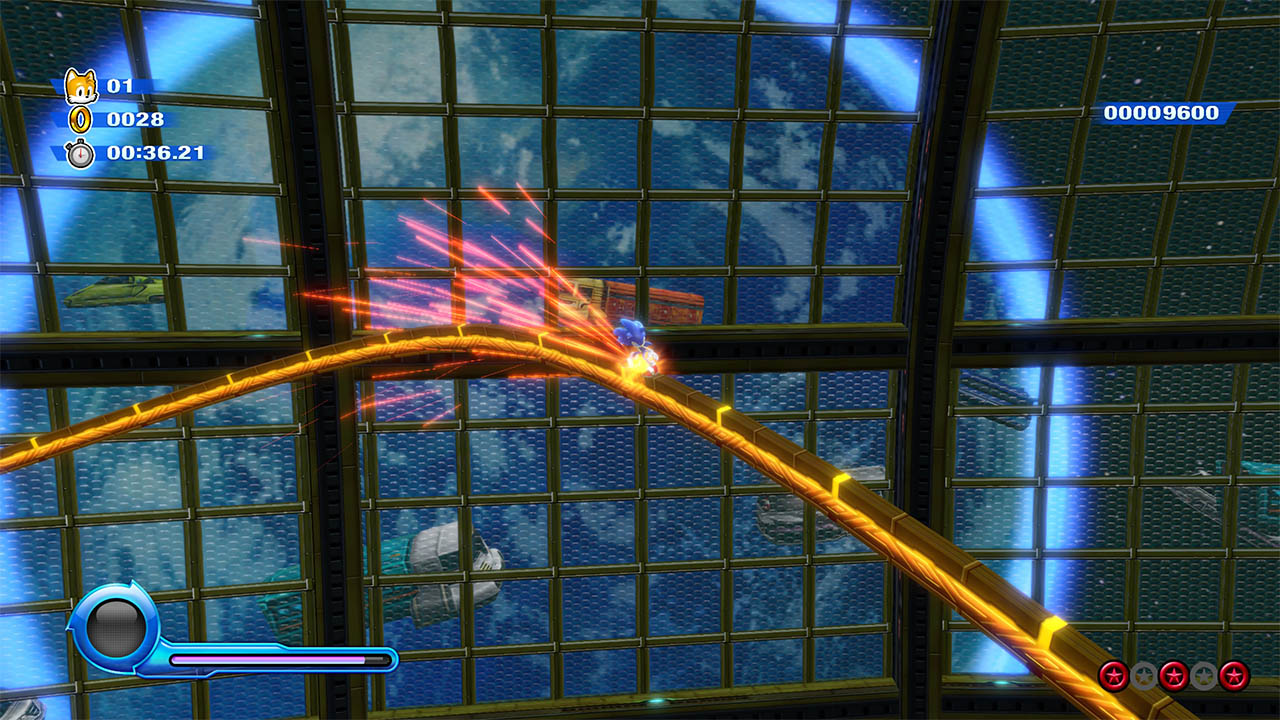 At its core, Sonic Colours: Ultimate is a pretty standard Sonic game that might feel oddly familiar to some, and that’s because Sonic Colours Ultimate is a remaster of the 2010’s Sonic Colours, which was available on Nintendo Wii and DS systems. The game takes place in an intergalactic amusement park. Your job, as Sonic, is to save the world from Doctor Robotnik and his enslaved alien accomplices called Wisps. Now I enjoy some nostalgia back to my childhood as much as the next girl, but what I really enjoy is when a beloved franchise grows and ages alongside me. Crash Bandicoot is the perfect example: Crash felt impossible when I was six and felt even more impossible when I was 26. It aged with me and, if we’re being honest, surpassed me. However, that is not the case with Sonic Colours.

While playing, I could not shake the feeling that I was no longer the target audience for this game and instead my 6-year-old niece, who doesn’t much care for Sonic, is. The world is energetic and colourful, and the story is your basic, good triumphs over evil. However, the kicker is that you can never die. You should be able to play through all the content in Sonic Colours in under 5 hours, and because you can’t die, there isn’t much of a challenge to completing the levels. The game relies heavily on you wanting to replay the same areas again and again in hopes of improving your scores. 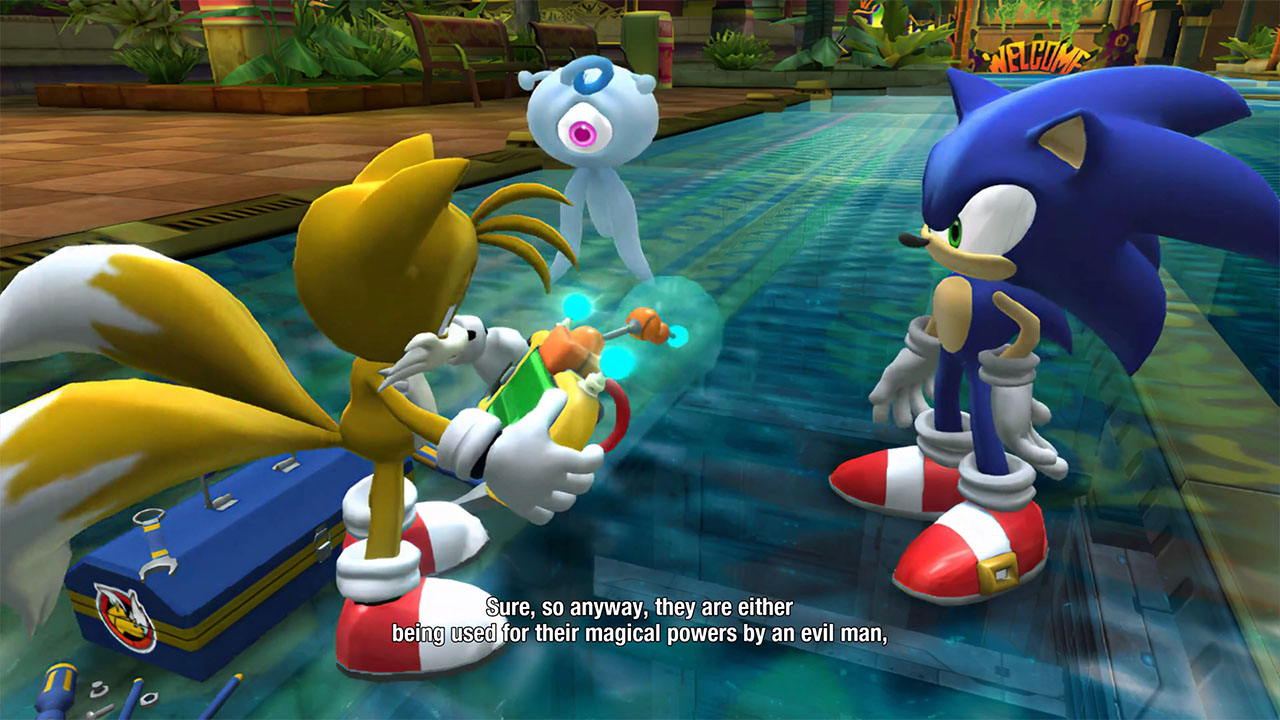 One of the coolest parts of the game is almost my least favourite: The Wisps. Throughout the levels, you can collect Wisps and then use them to purchase new abilities for Sonic. For example, you can get an ability that allows Sonic to fly, novel at first but irritating and immersion-breaking after just a few minutes. Don’t get me wrong, new skills are fantastic, and I love them, just not when they make a Sonic game feel like anything but.

I will say Sonic Colours: Ultimate looks beautiful. Even playing it on a PS5 with backwards compatibility, the game felt so smooth and responsive that it was easy to forget that it first came out in 2010, eleven years ago. That is until a cut scene comes up, and you’re straight back to Nintendo Wii days. For the life of me, I can not fathom why they would remaster the game, making everything nice and shiny and then leave behind the low quality, poorly animated cutscenes? But yet, that’s precisely what they did. The mind boggles. 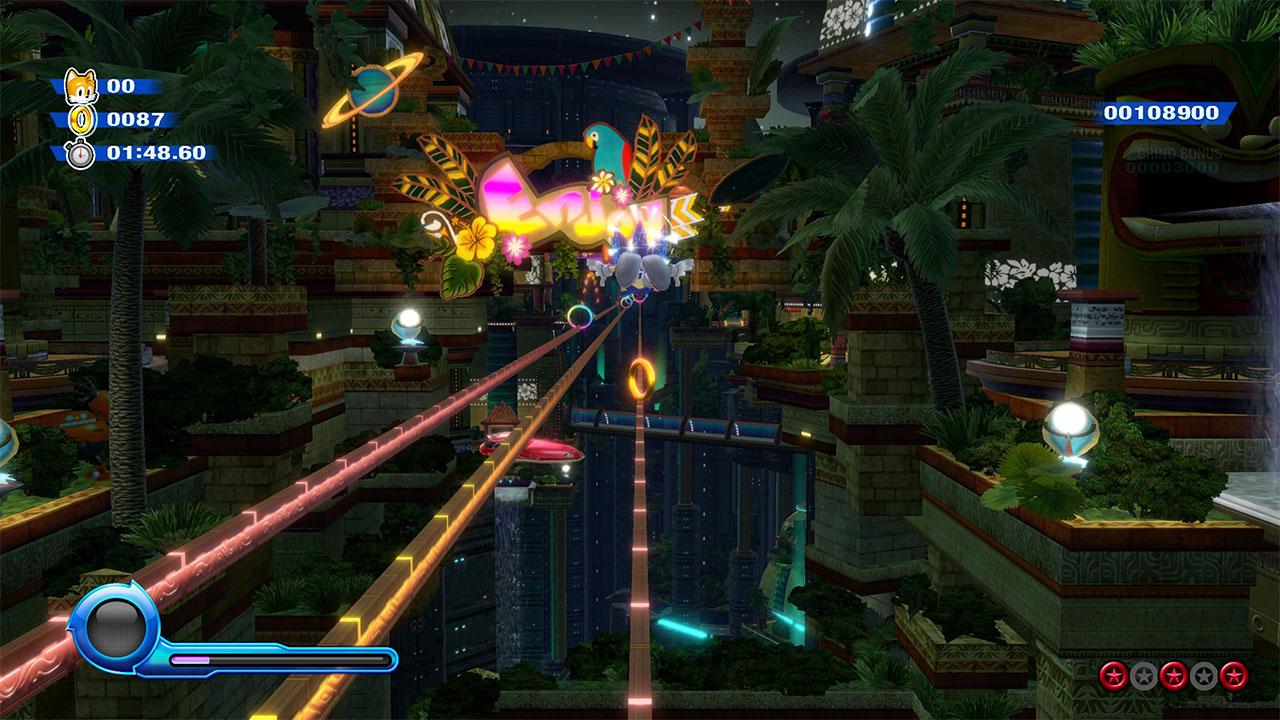 While I went into Sonic Colours: Ultimate wanting to love it, if, for no other reason than recapturing some of the magic of my childhood, I just didn’t. No particular element put me off the game or would cause me not to recommend it to others. Likewise, nothing about it makes it shine for me or makes me want to recommend it. My partner says that you shouldn’t replay or rewatch things you loved as a child because, more often than not, they disappoint as an adult, and that was most definitely the case here.

All in all, Sonic Colours: Ultimate is precisely what it promises to be. It’s a smoother and prettier (for the most part) version of a Sonic game that you may have loved when you were younger. If that’s the case, then I’d definitely suggest picking this up; the nostalgia alone will make the purchase worth your while. However, suppose you’re not going into this as a Sonic fan. In that case, this might not be the way you choose to celebrate the little hedgehogs 30th birthday… although if it’s between this and watching the movie? Definitely play this, no question.

Sonic Colours: Ultimate
BOTTOM LINE
Sonic Colours: Ultimate is basically like Sonic from the movie BEFORE fans complained and the studio redid the infamous hedgehog. It’s definitely a Sonic game, but not the Sonic game we wanted and not the one we deserve.
PROS
Plays really smoothly
The game itself is exceptionally beautiful, and when you start going, you can feel the speed into your soul
CONS
Pricy if you consider the age of the game as well as how poorly it was actually “remastered”
None of the cut scenes were fixed up to match the rest of the game
The story mode is very short
Felt like a Sonic game aimed at children instead of longtime fans
55 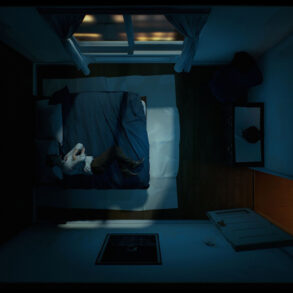 Twelve Minutes – A Good Night For A Murder
×