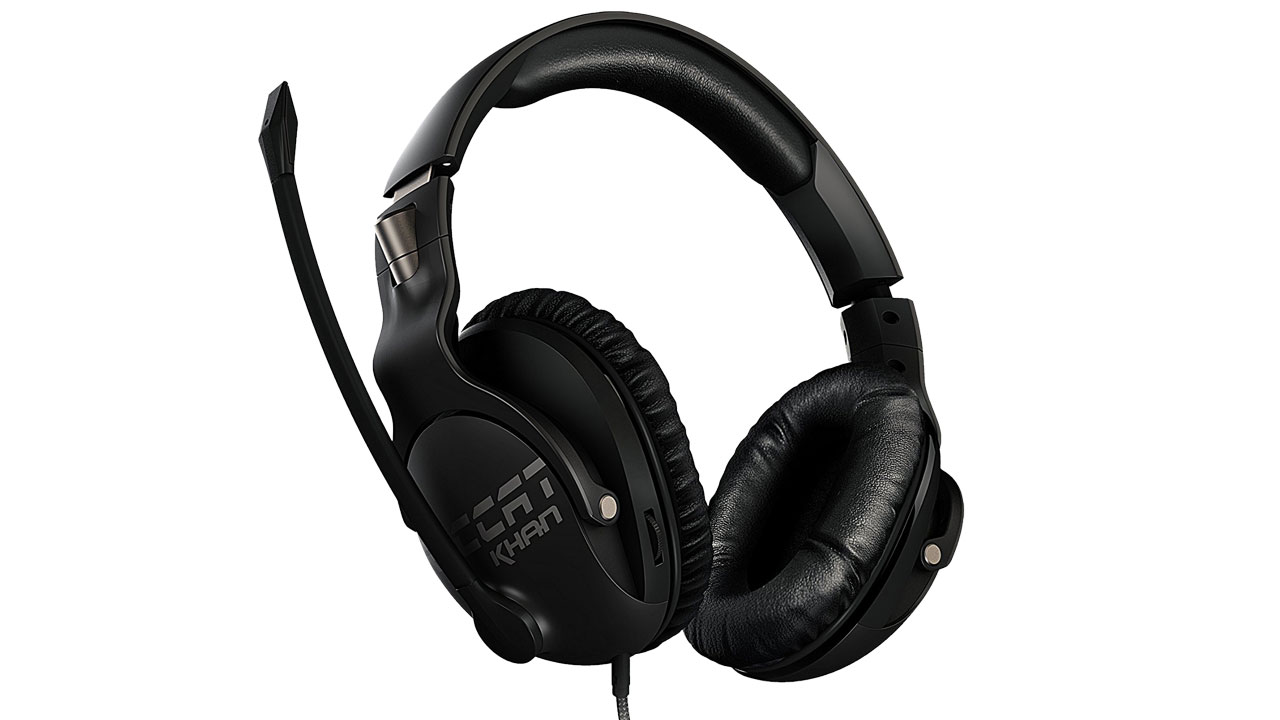 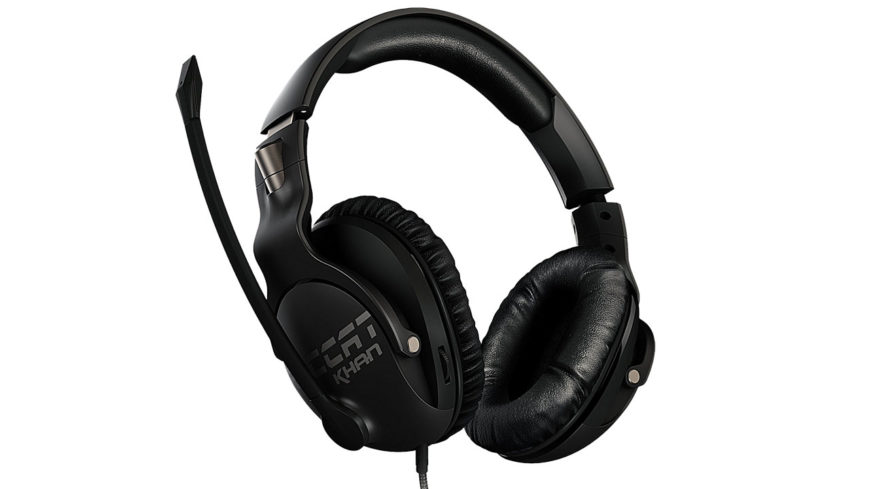 About a year and a half ago, ROCCAT introduced several headsets catering more to the casual user than the traditional competitive gamer. Their best effort to date in this endeavour was and remains the ROCCAT Cross. For their first attempt at such a market, the resulting product was highly respectable.

I’ll not revaluate that particular headset in detail here, but it bears mentioning because as far as I’m concerned, the Khan Pro we’re looking at today is, to me at least, a spiritual successor of sorts. Not only does it match the general dimensions of the Cross, but it seeks to punch well above its sonic weight division in much the same way the Cross did.

The Khan Pro and its more expensive sibling, the Khan Aimo, have forgone all the drivers that ROCCAT has previously used, and instead turned to what they term Hi-Res Audio drivers – in a way reaffirming their commitment to ever-improving audio quality in their offerings. It’s something not every vendor is actively doing – or at least, they’re not doing it in the way that ROCCAT seemingly is.

The target audience for the Khan series is almost exclusively competitive gamers (or at the very least competitive multiplayer gaming in general), but there are aspects of the Khan Pro which make it suitable for casual gamers as well. In fact, I wish there was a Khan model without a built-in microphone and detachable cabling, designed for use on the go. This isn’t realistically possible, but it goes to show that the Khan Pro’s shell and internals are so impressive that they could be leveraged in other use cases, repurposed for other audiences. I can only hope that through some inspiration ROCCAT pursues that path at some point, walking an even finer line between the casual user and the competitive gamer, even if that may not have been their intention in the first place.

Many peripheral vendors stick with tried-and-tested drivers across generations and even within different SKUs. This isn’t the case with the Khan Pro, in that these Hi-Res Audio capabilities are supposed to enhance your gaming experience insofar as audio fidelity is concerned. That said, I believe that the benefits of these new drivers can be exploited in movies and general music listening as well – perhaps even more so than they can when it comes to video games. 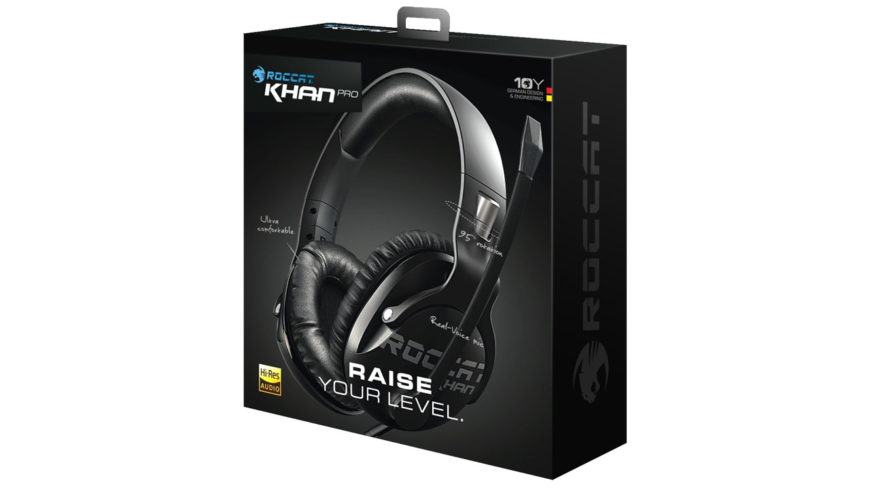 Doing a direct comparison with the Cross, that particularly warm, immediate, punchy mid-to-low frequency resonance is absent. At first, this may appear to be a point against the Khan Pro, but this difference is actually the first indication of a huge improvement. The Khan Pro has a significantly wider sound stage, with a quicker and finer response to varying frequencies. It helps produce a much cleaner, more precise representation of the source.

As a result of these tonal characteristics, it mitigates the sometimes muddy, narrow bandwidth within which the Cross operates. That narrow gate in audible frequency response has the unfortunate side-effect of hiding nuances in the audio, and you could literally miss sonic details. By contrast, the Khan Pro happily articulates these sorts of details. It could just be a matter of preference, but even though I haven’t used this headset for as long as I’ve used other ROCCAT sets, I’d rather live with the Khan Pro than any other offering from ROCCAT.

All of this shouldn’t be too surprising though, as these key differences all come back to the drivers. Both are 50mm units, but whereas the Cross uses the famed neodymium magnet drivers, the Khan Pro makes use of an arguably better, more sensitive alternative instead. I’m not sure what these drivers are made from or where they’re manufactured, but they boast the largest frequency response range I’ve seen so far at a claimed 10Hz to 40KHz. Yes, this is well beyond the audible range for humans, but these frequencies still have a presence and representation to which we are receptive. Games don’t test the full breadth and extent of these capabilities, and I’d argue neither does most music. That said, they do make enough of a difference in the sound signature to be appreciated.

As we all know, the features above don’t often factor into why most people buy headphones. Many of us buy them purely for our daily gaming use and how they promise to function in that environment. This aspect of the Khan Pro is a more by-the-numbers approach. You have a non-removable microphone that is engaged or disengaged/muted simply by lifting it up, parallel to the left ear cup. There’s no LED lighting here, but at this price point (or the suggested price point) it’s understandable, given everything else you’re getting. The mic isn’t going to set your world alight, but it’s clear enough for general gaming use. 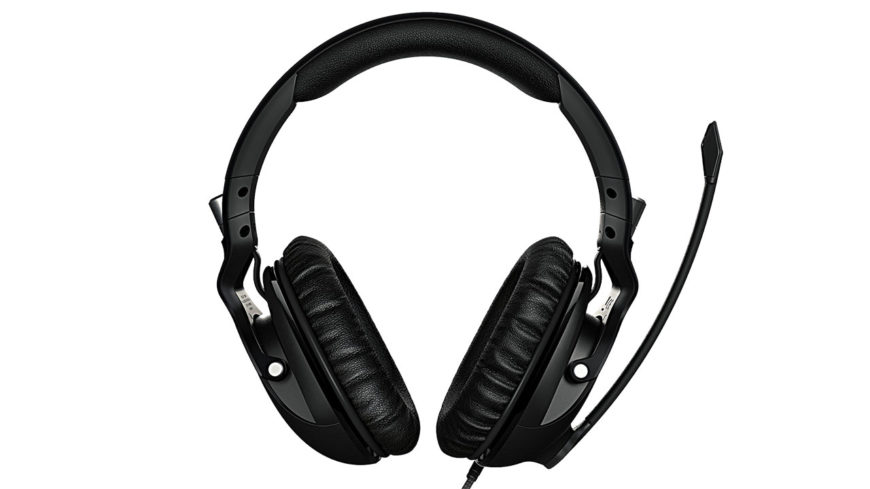 As to how comfortable the headset is, first and foremost I have to give a nod to the adjustable headband. It’s intentionally notched, which makes it super simple to find the right fit, and I prefer this over the free-moving adjustment of most other headsets. The Khan Pro is easily one of the most comfortable options around overall, with just the right amount of pressure applied to the skull to make the passive noise filtering meaningful.

Cabling is one area where the Khan Pro could use some improvement, because not only is it not removable, it also uses the older method of separate mic and headphone leads, requiring an adapter to turn it into the now-standard three-ring mic/headphone jack. This is a minor complaint, and while the cabling can be annoying, it’s just not enough of a blemish to invalidate these as a possible choice for its target audience.

The class-leading audio quality of the Khan Pro is almost reason enough to give this headset a perfect score – but the relatively high price and some missed opportunities can’t be overlooked. With that said and done, this is nonetheless a great set of cans which will likely get better with age and continued use.

At almost R1,400 they’re not cheap, but the price is in line with other mid- to high-end gaming headsets. Sonically, I’m almost certain the Khan Pro is better than anything else it’s competing with, but don’t take just my word for it. If you get a chance, take a listen and you’ll be pleasantly surprised.

8In an unassuming package and presentation, ROCCAT has delivered a headset with truly impressive sonic qualities that outperforms all its direct and would-be competition at present. It’s not a perfect package, but insofar as delivering a clean, precise audio experience at this price point goes, the ROCCAT Khan Pro is without fault. 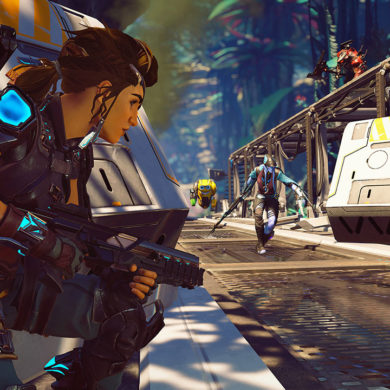