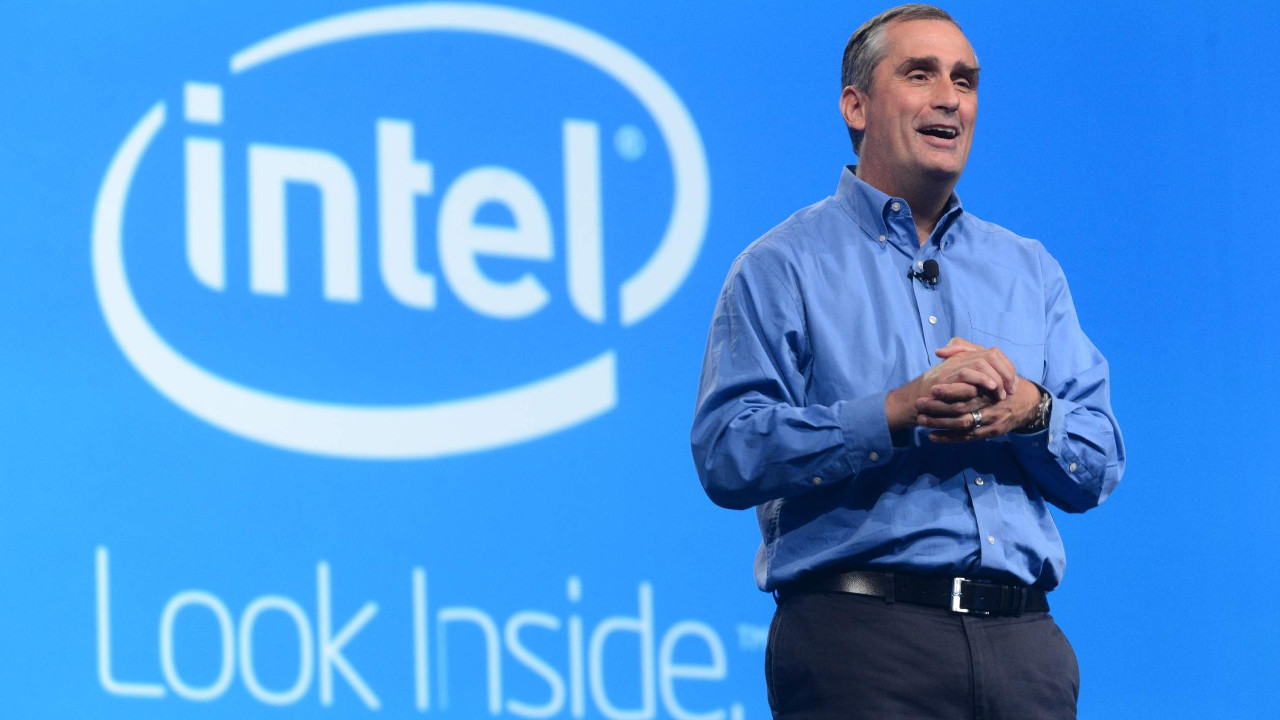 Intel is not okay, but there is a plan… well, it’s more a plan for a plan to have a plan 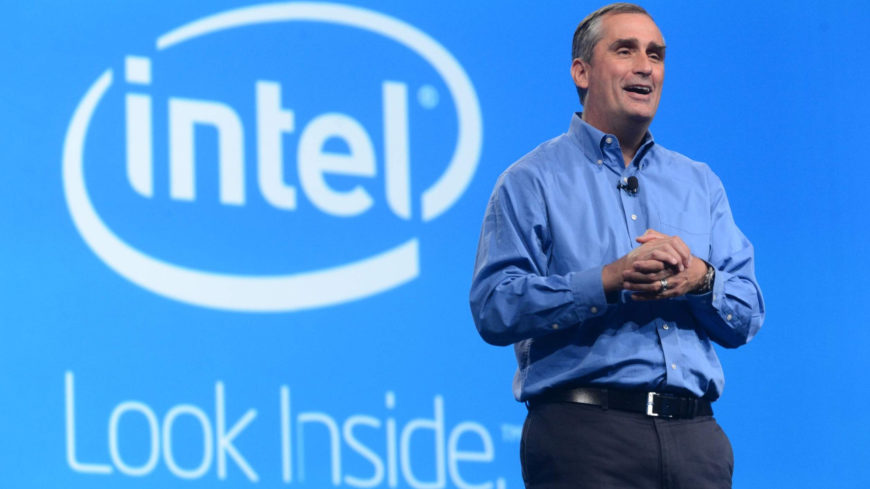 Intel’s financial books might look good to investors after their conference call late on Thursday last week, but the company has admitted that it’s had a bit of a stumble. Okay, less of a stumble and more of a sprained ankle. Or a sprained ankle and a broken toe. There are some things that are not going well for Intel, and it looks like this is the first time in a long time that the company is struggling with finding and executing a long-term vision.

Brace yourselves, folks. We’re about to hit the end of an era.

The first news that hit the wires was that Jim Keller, famed electrical engineer and inventor, had left Tesla Motors and joined Intel. This had a lot of people running around asking questions because someone like Keller doesn’t just change jobs on a whim; he moves if he’s given a more interesting project than the one he’s currently working on. Later in the day, Intel PR sent out a notice acknowledging that Keller had joined the company to head up the Technology and Manufacturing Group (TMG), which oversees Intel’s current and future plans for silicon processes and new production nodes.

Intel then announced that the previous head of TMG, Dr. Murthy Renduchintala, was moved to the new position of chief engineering officer and group president of the Technology, Systems Architecture & Client Group (TSCG). In addition Renduchintala’s previous department, Client and Internet of Things (IoT) Businesses and Systems Architecture Group (CISA), was now merged with TMG and constituted the TSCG. For those of you who are confused, in a nutshell Intel has moved their Internet of Things group closer to the group working with bleeding edge production processes for the future in order to accelerate and align both programs simultaneously, but it is no longer its own thing.

This was an odd decision to make considering that mere weeks ago, Intel announced that the company had spun off the IoT embedded software division made up of Wind River employees, a 2009 acquisition that was supposed to help the company develop better, programmable IoT systems. And this was on top of them exiting the IoT hardware space in August 2017 with the announcement that they were dropping their Joule, Quark, Edisin, and Curie projects for IoT devices. Moving CISA in with TMG seems like a decision made to give it a last-resort kind of effort to stay relevant in the IoT market by giving it access to more bleeding-edge production processes and mountains of money to make it stick. But this is the good news, not bad news.

The bad news is that Intel has lost their ability to claim a process advantage over competitors and partner foundries. The company’s 10nm production process was supposed to be ready this year, and was recently delayed until the second half of 2017 for Intel to hit certain milestones that they wouldn’t have achieved had they launched earlier. Instead, they had taken the decision some time before that to have their Coffee Lake processors ship on an older, but refined 14nm+ process, and try get closer to their stated goals on 10nm (namely a 2.7x increase in density).

But they’ve just announced this past week that they can’t ship high volumes of 10nm products, and what little they’re currently getting out isn’t doing very well. Yields are low, costs are high, and there are defects and artifacts everywhere. The expected “pipe cleaners”, which are products normally meant as a testbed for a new process, instead went to 14nm+ because the company needed to sell new products. During Intel’s earnings call last week, the company admitted that they had no idea when these issues would be fixed – according to CEO Brian Krzanich, they know where the problems are and how to fix them, and ramping up production to commercial levels could happen in the first or second half of 2019, but not before then.

So, it’s very likely that they make it halfway into 2019 with no new products to show, having only a refreshed Coffee Lake line to sell to consumers, with AMD selling Zen 2 like gangbusters, and no mobile products to sell to laptop OEMs.

Don’t take this the wrong way, Intel’s still going strong. They’re making more money than ever; their FPGA market is growing, server and desktop sales are pretty good, and they’re now an Apple supplier for LTE 5G modems. However, future growth in these markets is contingent on the 10nm process shipping on time, and Intel has had to make up for it by getting creative with their optimisations and clock speed boosting algorithms and penny-pinching along the way (like using thermal paste for their Skylake-X processors instead of solder). The newer process is a crucial component of their modem offerings to phone manufacturers who want better efficiency, and it’s especially needed to allow Intel to scale up their core counts. If they can’t increase core counts and keep power usage and thermals in check, they risk losing more market share to AMD and Qualcomm.

And that’s the concerning bit right there – AMD and Qualcomm. Both of these companies are fabless and do not own their own factories. They contract out to TSMC, Samsung, Global Foundries, and a bunch of other smaller providers to make up their production capability. They can switch to a better process with a preferred partner for specific products, and their business allows them to negotiate terms and prices. The top three, as it happens, are all open for business orders for 7nm production, and are either shipping products later this year, or are already doing so. For the first time, Intel can’t claim they’re ahead of their competitors in terms of feature size. They still hold an edge in many ways, but it’s the marketing that gets to them – their competitors have smaller numbers on paper, while they’re unable to ship 10nm in any capacity that could be considered commercially viable. 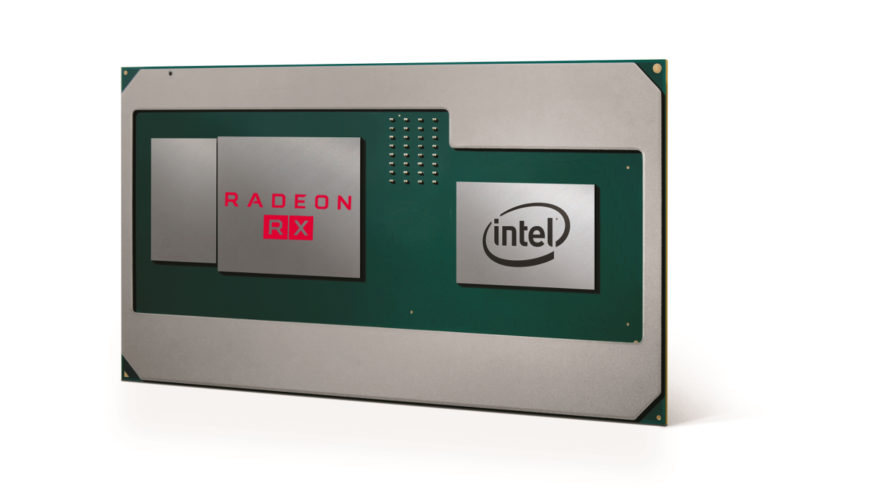 Intel’s rapid responses to the issue indicates that they have a plan, but currently that plan is to have a plan. They’re setting up dream teams of engineers and programmers to help fix their problems, but all of that will be evident in products that are at least two or three years out. Jim Keller’s contributions are perhaps the only thing that will manifest quicker, but Intel’s ambitions to become a discrete GPU vendor won’t show returns until 2020 at the earliest. In the meantime, aggressive attacks by AMD on their desktop division aren’t helping because Ryzen is very popular, and Qualcomm and Microsoft’s ARM notebooks are a big threat to Intel’s bottom line of bargain bin chips. They’re getting showed up in the IoT space by Microsoft, Samsung, Huawei, and Amazon. NVIDIA is trying to kill off their Kaby Lake-G offerings through the GeForce Partner Program. No-one is signing up to use their fabs aside from Altera, which is owned by Intel.

Heck, even Optane is a bit of a mess. First Intel partnered up with Micron to develop and market the new technology, then they split up and Micron went on to make their own version of the technology. Intel’s Optane drives started off as small 16GB and 32GB caching solutions that were entirely pointless to the enthusiast, and they physically couldn’t make larger drives. The latest generation seems to have solved that, but getting Optane to work for your system is a chore, and AMD currently offers more functionality to end-users on Optane than Intel’s own bleeding-edge platforms do. Intel is struggling to find customers who want it. 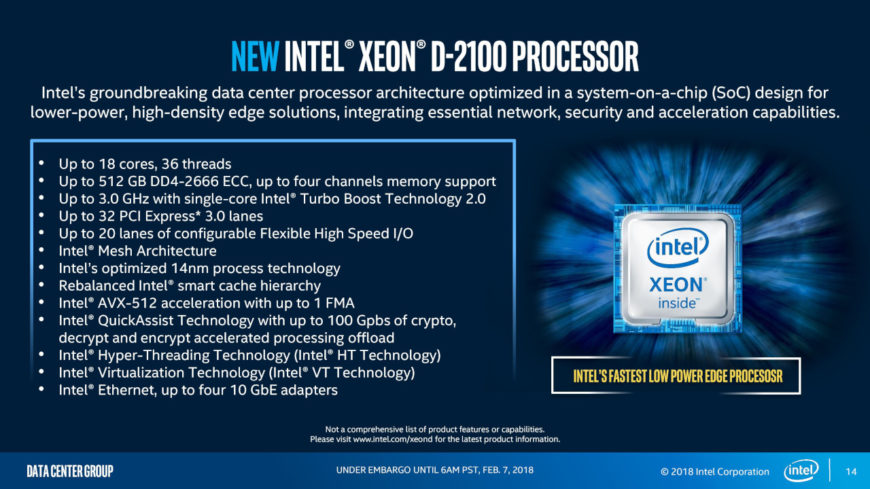 Intel is also rapidly reorientating their long-term strategy for Core to additionally benefit factory automation and offer intelligent edge computing services, but they’re entering this space after having spent so much time trying to keep their consumer cash cow going. This kind of space, as well as the AI market, is dominated by ARM processors, and companies like Qualcomm, Samsung, Rockchip, and Huawei are struggling to keep up with demand. If Intel hadn’t stopped development of their mobile products they would’ve had something to offer here, but that’s what you get for chasing bigger projects and ignoring stable smaller ones – you don’t have an answer to your competitor’s product and you’re stuck with trying to come up with something suitable two years down the line.

Meanwhile, AMD’s Ryzen 7 2700X is surely giving Intel some cold sweats. It beats Intel’s Core i7-8700K in multi-core workloads and offers a better experience for streaming and video editing, while it also delivers competitive per-core performance in other scenarios. As a bonus, it’s cheaper and comes with a shockingly effective RGB-fied stock cooler. Even if Intel debuts an 8-core processor this year for LGA1151 v3 and the Z370 chipset, even if they bring out a Z390 chipset with more performance, even if they release an anniversary edition Core i7-8086K, it won’t be cheaper and it won’t be as popular.

The end of Intel’s winning streak is here and the tech industry is flabbergasted that this is even happening. We can’t discount them fighting their way out of this corner and returning to dominance once more, but it will be much more difficult to do that now.