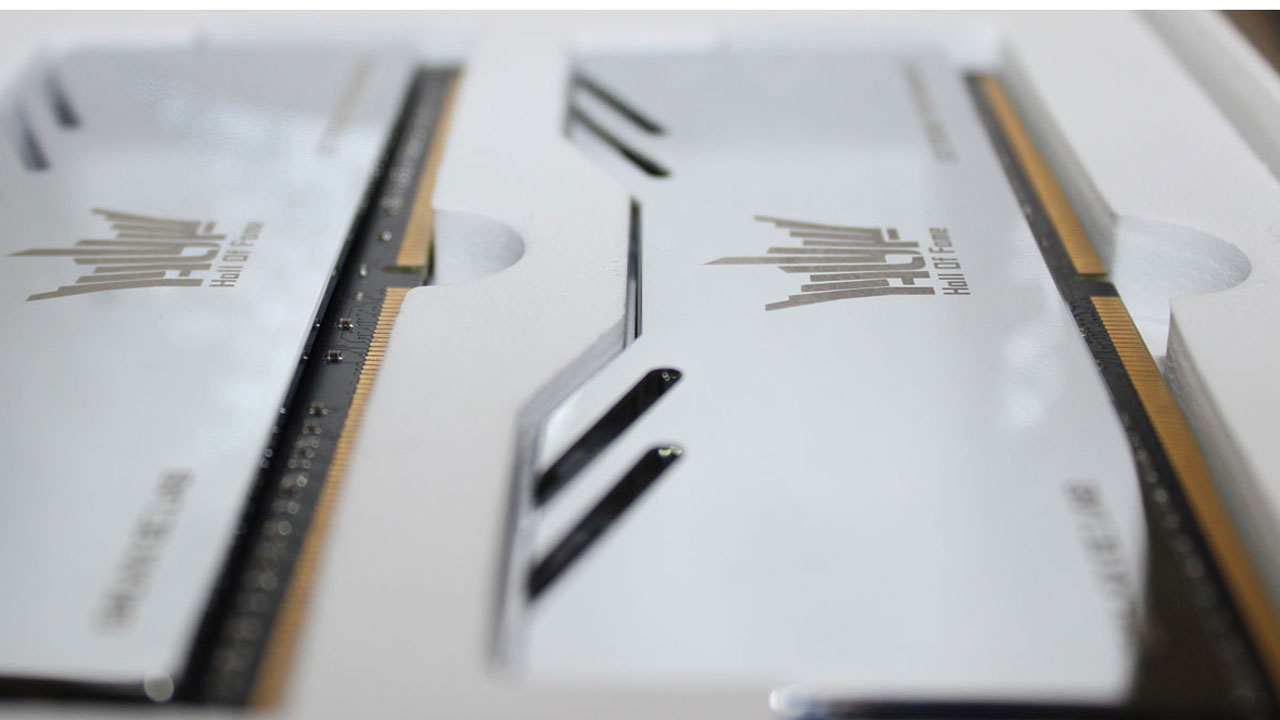 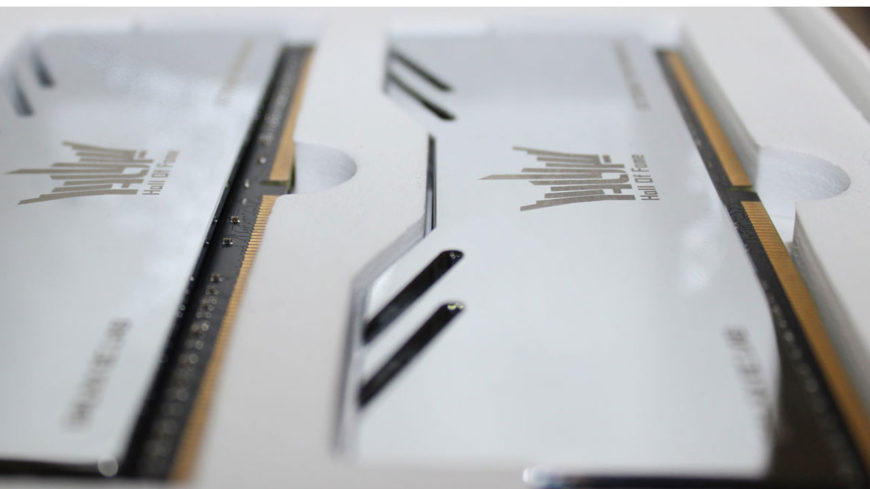 GALAX and G.SKILL are probably the only DRAM vendors that are actively making XOC (extreme overclocking) RAM. Yes, Corsair makes several enthusiast sets, but it’s obvious that they occupy a different market segment – a more refined, not so extreme space if you will.

As such, GALAX may not be the name we typically associate with DRAM – but as the outfit has shown with their GPUs, they have the minerals to stand alongside the best in the business, and often manage to go beyond that and claim the top spot for themselves.

When I first saw the HOF (Hall Of Fame) DRAM kits, I wasn’t sure what GALAX’s intention was. Was this an ongoing effort, or was it something put together purely for branding purposes (not that there’s anything wrong with that, mind you) and overclocking competitions? It turns out that GALAX is fully committed to this space, and they even showed off some unreleased high-frequency kits running in excess of 5GHz at Computex 2018. It’s truly stunning stuff by any measure.

That said, what we have here isn’t the 4,600MT/s and higher DRAM, but rather some of the finest of the more traditional B-die-based memory, using the “older” high-performance DRAM PCB. As the story goes, much (if not all) of the high-speed (4,600MT/s and beyond) DDR we see lately makes use of a particular IC layout and PCB which enables these frequencies. Not only that, but the supporting motherboards seem to also need a specific DRAM signal layout to make such kits work. That’s what makes these frequencies attainable, but on the flipside it robs the system of the performance you’d expect.

This isn’t particularly new as we witnessed a similar situation with DDR3 RAM. If you cast your mind back a few years, you’ll recall that towards the twilight years of DDR3, we had DRAM kits fully capable of 3,000MT/s and more. These were not speedy by any means, often coming up short against the overclocking community’s go-to HCH9-based kits. These Hynix “MFR” ICs allowed vendors like AVEXIR (remember them?) to sell 3,000 and 3,200MT/s kits right out the box. Soon after that, we got the first DDR4 kits. 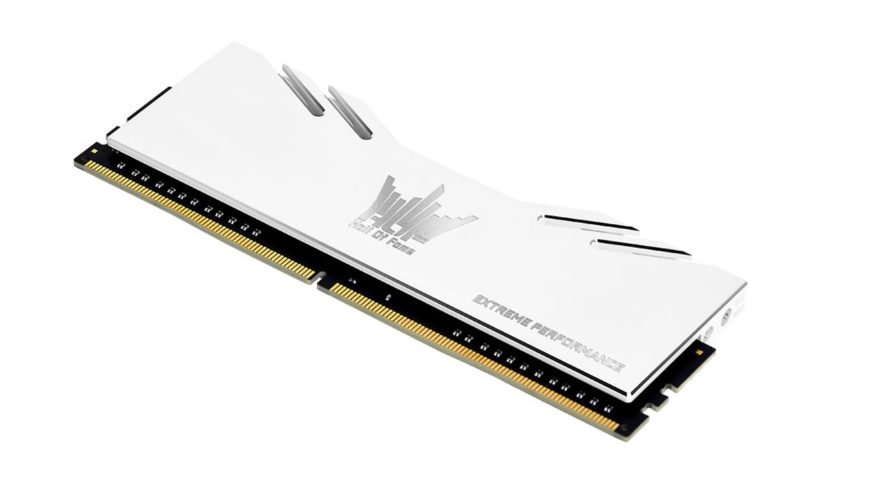 A similar change is taking place now, and even if you’re not aware of any upcoming platforms that support DDR5, you can be sure that DDR5 is coming sooner rather than later to the next set of platforms, and then the cycle will start again.

The reason for all this background info and preamble is to highlight the importance of this in light of several high-frequency DRAM kits shown off at Computex last month. This GALAX kit is not from this new school of thinking, and therefore is unlikely to reach those mind-bending frequencies. Instead, it offers seriously tight timings and a fairly useable frequency range. Of course, the board of choice for using such kits is – you guessed it – the ROG MAXIMUS X APEX.

Using this board, I was able to get the DRAM to reach 4,400MT/s, but what’s even more impressive is the timings this kit allowed at that particular frequency. They were even better (i.e. lower) than the XMP timings at 4,133MT/s. Whether you’re a competitive overclocker just starting out or a veteran, this is an awesome kit and the performance figures speak for themselves.

For the competitive overclocker, there’s nothing I can tell you that you don’t already know. You’re likely sorting your DRAM using a very stringent process and consider anything that can’t do C12 4,000 to be completely average. However, for the regular user who’s wary of pushing over 1.55V or so into their DRAM (by the way, this voltage is fine for 24/7 use, so don’t fear), the HOF kit’s capabilities present a compelling reason to buy it. Moreover, if you ever become more involved in overclocking, even if it’s graduating to dry ice, you’ll find that this kit will easily scale with your abilities.

If you’re never going to go that route but still seek the zenith of everyday PC performance, consider the benchmarks and look at what this DRAM is capable of. Forget the stories about DRAM not making a performance difference in your gaming – and even if that was the case, so what? That doesn’t mean you wouldn’t want high-performance DRAM for the same reason we buy high-performance SSDs and high-end motherboards. There’s something to be said about having hardware that can go the distance, without necessarily needing to justify its purchase or existence based purely on in-game frame-rate counters. 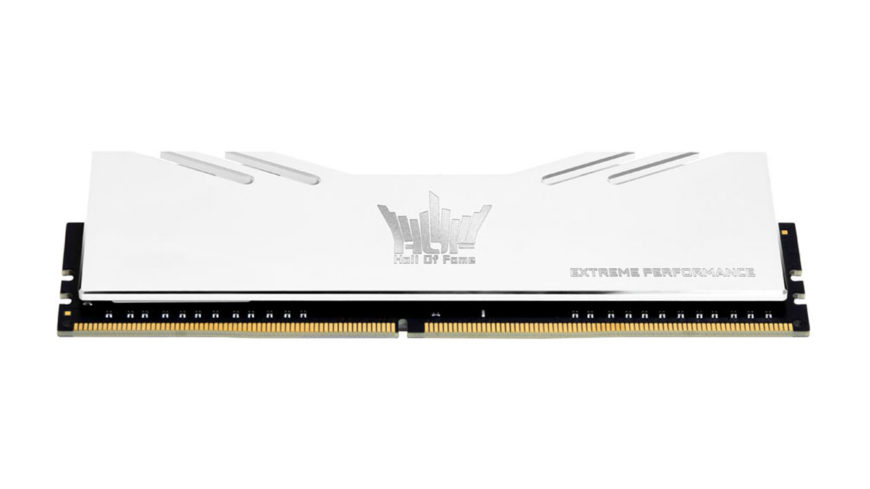 There’s something to be said about utilising only the best-engineered components, about using hardware that’s at the forefront of what’s currently possible – and this HOF kit is exactly that.

It doesn’t hurt that the set looks quite exquisite, and if all else fails, you can appreciate its visual splendour inside your case. See, not everything needs to hark back to the ‘80s neon vibe and be covered in LEDs to be aesthetically pleasing. Insofar as good-looking DRAM kits go, this one is right up there with the best of them, and from my perspective is only eclipsed by the recent Corsair Dominator Platinum SE Contrast kits. That’s a subjective analysis though, and we aren’t here to analyse my particular aesthetic tastes.

In every way possible, this HOF kit delivers some of the best performance money can buy. Forget about the XMP settings as these are laughable, which is the case with all DRAM kits. What you really want is the DDR4 4,000 or 4,000MT/s performance. If for some reason you have a motherboard that isn’t capable of these frequencies (this is why you should exercise caution when reading or watching reviews, as many of them fail to point out these sorts of technical issues), you can see that even at DDR4 3,600MT/s, this kit is blisteringly fast with the right settings. 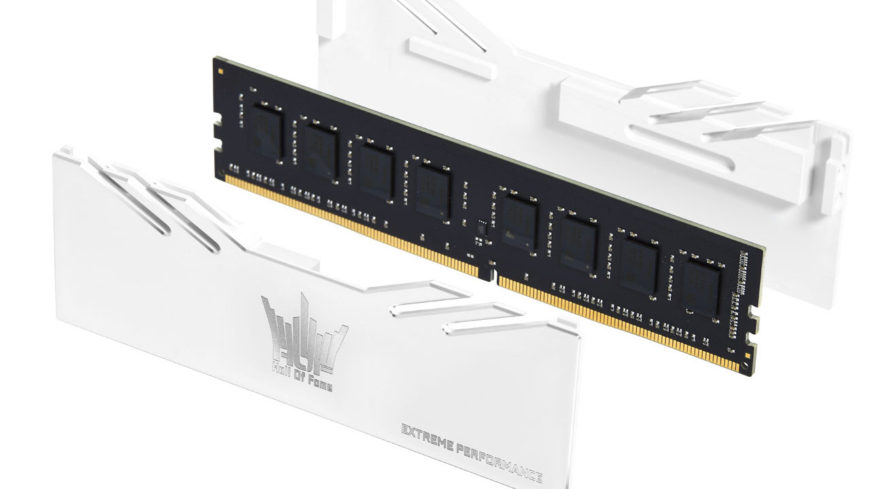 Finally, let’s talk about the heatsinks. Unlike with many other DRAM kits, these heatsinks can be easily removed using a regular Phillips-head screwdriver for those XOC sessions where you may want to avoid condensation build up, and perhaps seal the DRAM for use with an LN2 container. So in addition to looking the part, clearly some thought has gone into them that reflects a nuanced appreciation for what the most extreme users among us would ideally like to have in their DRAM.

If you’re not already hooked, the graphs should speak for themselves. This DRAM kit packs a punch, and if you can manage to order it (perhaps by contacting Wootware or GALAX’s online store), consider this kit for your overclocking adventures. The sticks you get may not be identical to these in terms of performance, but the settings used and the frequencies I’ve reported should be attainable by all HOF kits. This RAM is mighty, and it’s tough to argue against such a compelling combination of performance and looks. Don’t read too much into the scoring as that’s just a single number that has to take a number of factors into account, and instead consider that as far as value-for-money and performance is concerned, this RAM kit is pretty spectacular.

8The GALAX HOF DDR4 memory is objectively some of the best performing DRAM money can buy today. It looks great and performs even better. It’s a pity about the lack of local availability, but it’s well worth the import if you’re serious about ultimate performance. 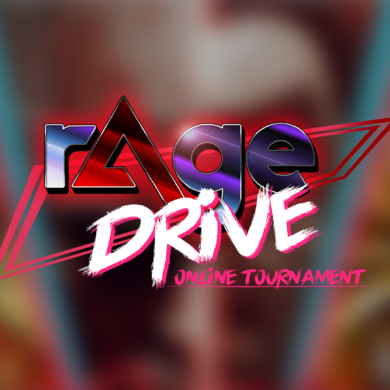