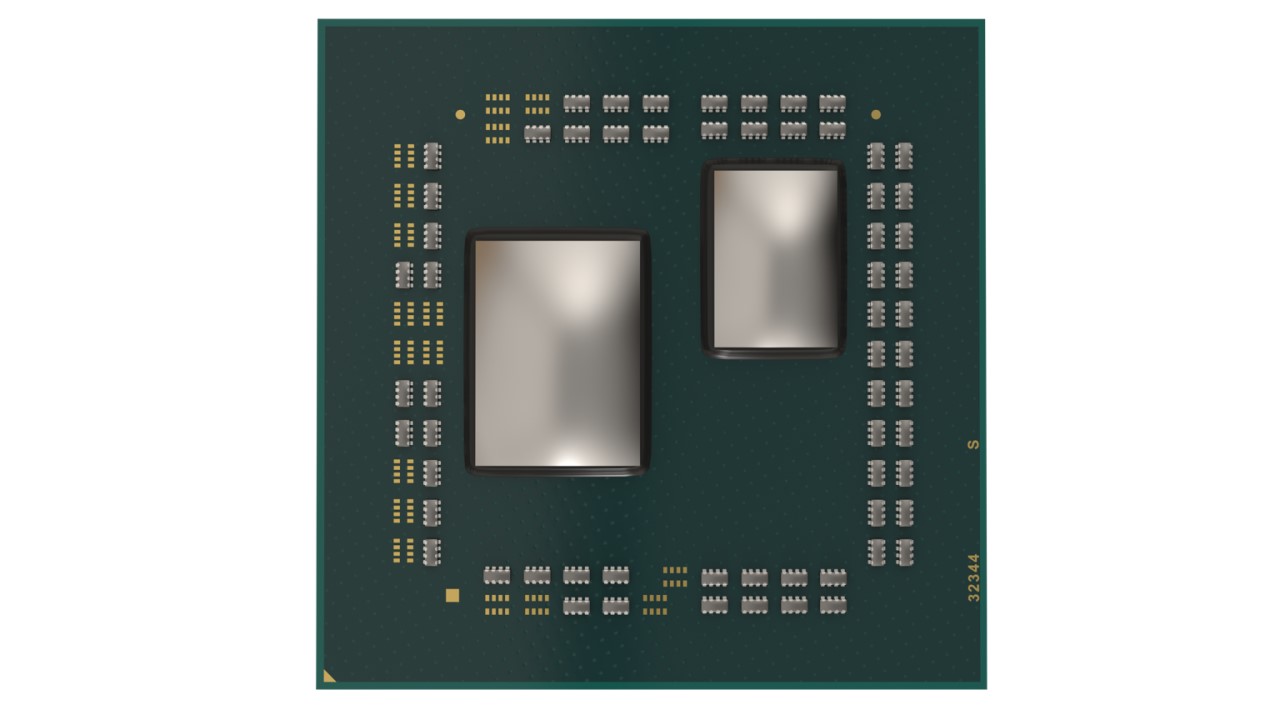 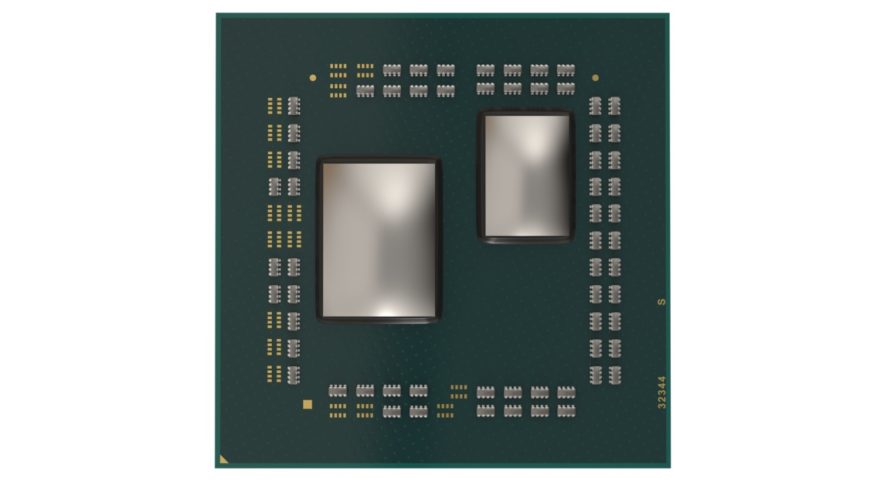 AMD’s opening keynote address to the Consumer Electronics Show last night was quite a ride. In stark contrast to presentations by Intel and NVIDIA, AMD played things with their cards close to their chest, pulling out one or two small reveals to keep people guessing for the rest of the year. As far as presentations go, this went fairly well – the cringe levels were down, Lisa Su had a much better leather jacket, and we got real demos from early silicon that AMD had the courage to show off to the world. 2019 is definitely going to be AMD’s year to shine.

The star of the show was AMD’s Radeon VII (Radeon Seven) graphics card. Intended for use in professional workloads by content creators and game developers, as well as servicing the enthusiast market, Radeon VII is AMD’s fastest single-die graphics card to date. It costs $699 in the US and launches on 7 February, just four weeks from today. It eschews AMD’s traditional blower coolers for a triple-fan setup for reference models, and comes with the very attractive brushed aluminium faceplate with the LED-lit Radeon badge on the corner. With boost clocks at 1.8GHz (200MHz higher than the fastest Vega 64), and 16GB of HBM2 memory with 1TB/s of bandwidth, it’s set to be at least 25% faster than AMD’s Vega64 on average.

Purchasing one of these puppies nets you another AMD game bundle, this time with Devil May Cry 5, The Division 2, and Resident Evil 2. AMD’s Lisa Su even invited Microsoft’s Phil Spencer, head of Xbox, and Ubisoft’s David Polfeldt, managing director of Massive Entertainment, to talk about AMD’s partnerships with game studios to make their games better and faster on Radeon hardware.

It’s a large card too. The three 80mm fans push it far past the bounds of the PCIe slot, and it’s probably about 29cm in length. It only takes up two PCI slots in your chassis, but that’s probably because it also extends the circuit board and cooler up past the PCI bracket’s height. On the rear we see four DisplayPort 1.3 ports and one HDMI 2.0 port, with the rest of the rear I/O taken up by vents for heat. Heat is also vented out the sides of the cooler shroud, so that means that putting an M.2 SSD underneath this thing will be a bad idea due to the SSD thermally throttling.

Performance-wise, there wasn’t much to go on. AMD did bravely show FPS counters for their real-time demos of Devil May Cry 5 and Forza Horizon 5 on stage, and The Division 2’s demo was done at 4K with no hiccups at all. But aside from that, performance data was not at all comprehensive… until a few hours later, when TechEpiphany on Youtube saw that AMD released more testing data hidden in the footnotes of their press release on AMD.com. Radeon VII is seriously impressive in some titles compared to Vega 64 (the stock version), pulling in an average performance improvement of 28% across a selection of 27 popular modern games.

There are some enormous increases in specific titles too, like Battlefield 1 in DX12 (36%), DOOM using Vulkan (33%), Fallout 76 pulling in a massive 68% improvement, and a 42% increase in Strange Brigade’s performance. It’s a pity AMD didn’t throw in Crysis for a laugh, but it’s safe to say that it’ll run. As a repurposed Radeon Pro Instinct MI50, AMD has found a good use for the chips they won’t be able to sell to their business partners.

Moving forward into 2019, we can also expect AMD to refresh all of their existing GPU architectures on the 7nm production process from TSMC. This will likely mean 25% performance increases across the board at the same power level, a welcome boost for the company as it struggles to compete with NVIDIA in the high-end GPU market. 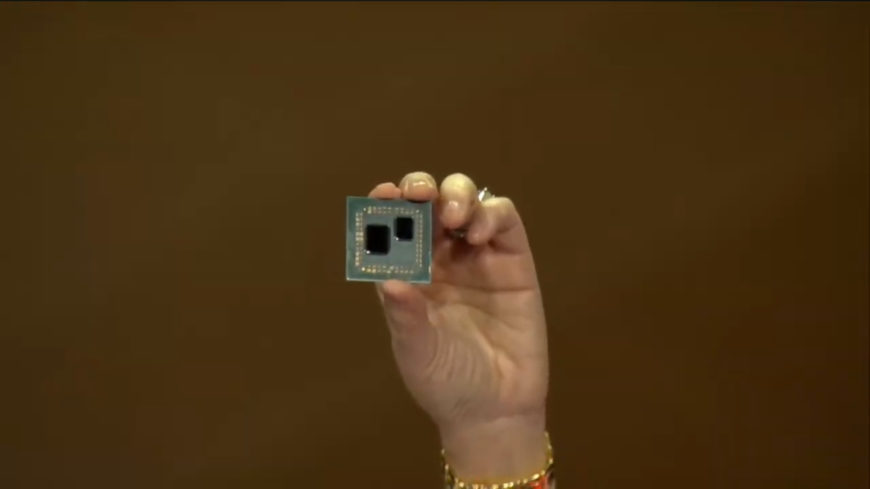 The other really interesting piece of AMD’s keynote (because let’s face it, everyone watches keynotes just for the product announcements) was the reveal of Zen 2, AMD’s next-generation CPU architecture. For the first time, Lisa Su revealed the Ryzen 3000 series chip, whipping it out as a surprise announcement in the final 20 minutes of the 90 minute-long presentation.

As Su showed the world the die structure and packaging of Ryzen 3000, several things became clear. One, that AMD was embracing the idea of chiplets, segments of their core architecture fabricated at different locations and at different sizes, giving them a significant yield advantage over competitor Intel. On the Ryzen 3000 package, there was a large core for the I/O including the memory controllers, PCI Express 4.0 support, and the second generation of Infinity Fabric. AMD already revealed the same strategy for their Rome processor, a 64-core behemoth destined for the server market in mid 2019. The smaller die is the chiplet for the CPU cores, housing eight Zen 2 cores with their own L2 and L3 cache. 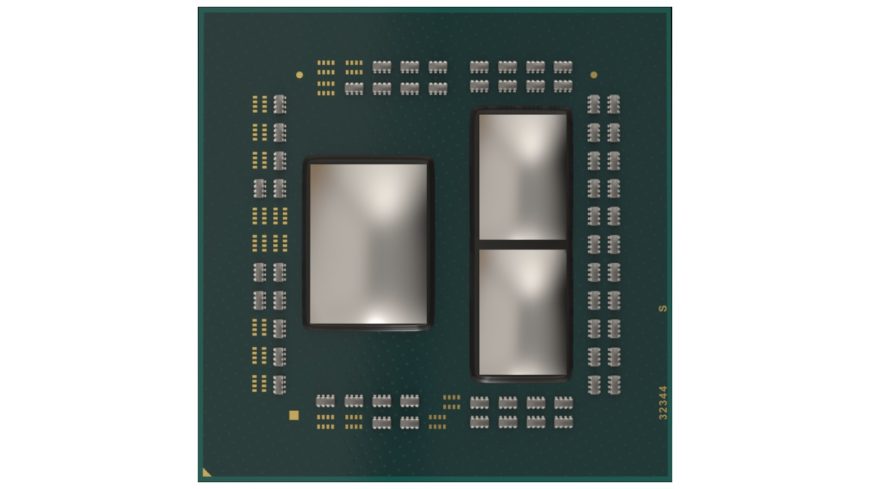 Two, that AMD plans to release a 16-core CPU for socket AM4 later this year. There’s enough space on the CPU package for another chiplet adding another eight cores to the processor, and in the demo shown on stage there were clearly traces on the PCB for another chip to be soldered on. Sixteen cores in a consumer desktop processor, totaling 32 virtual threads? That’s something Intel can’t match this year.

Three, that AMD will roll out the chiplet design to all their other processors using the AM4 and TR4 sockets in the coming year, which includes Threadripper. The space left open on the AM4 package shown above can easily be filled with a GPU of a similar size, like a Radeon RX 560. Memory bandwidth will be an issue for a relatively powerful GPU, but AMD can manage that in a single package and still achieve a thermal limit of 100 watts. It would be the fastest integrated graphics for months.

AMD also had live demonstrations of their Ryzen 3000 processor with eight cores running several games and the company’s new Radeon VII graphics card. Su’s off-the-cuff comment about the chip’s age, saying that they only got their samples back “in the last few weeks” means that AMD should be preparing for a production ramp in the next two months to launch by June 2019. They’ll have the consumer market all to themselves for at least six months as Intel prepares Ice Lake for the desktop. 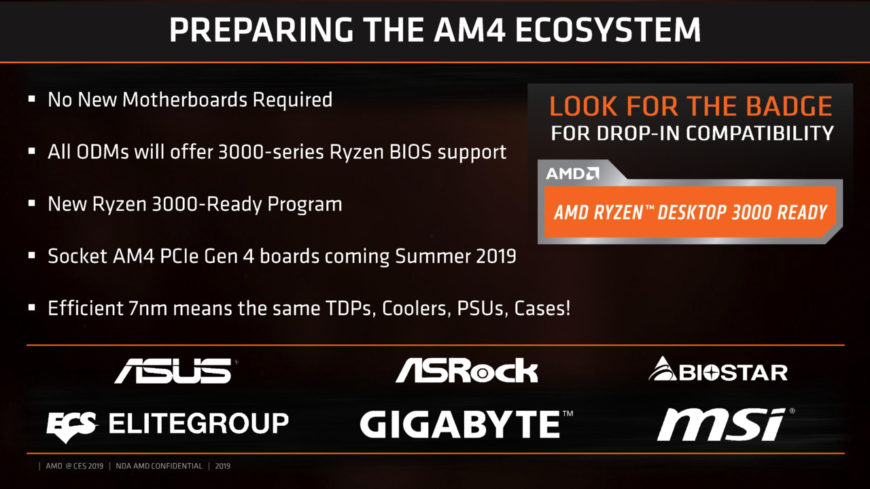 In a separate press release AMD also announced that board vendors were beginning to prepare for the Ryzen 3000 series launch early. There is drop-in support thanks to a shared socket, but motherboards must support the chips through a BIOS update just like last time. This means that it’ll be likely that boards using the 400-series chipset will soon ship with a compatible BIOS, and 300-series boards may be phased out soon to make way for the new 500-series motherboards. The 500-series chipset includes support for PCIe 4.0 connections, so we can expect faster SSD support and more PCIe lanes made available for add-in components.

This slide also includes a second announcement about Ryzen 3000 series processors – they’ll have the same thermal limits as their predecessors. On stage at CES, AMD ran the Cinebench benchmark with their 8-core Ryzen processor against an Intel Core i9-9900K. The Ryzen chip beat the 9900K, and did it with 60W less power drawn from the wall. 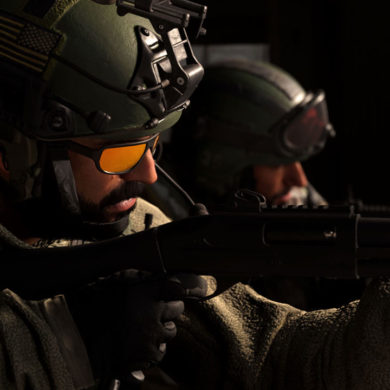