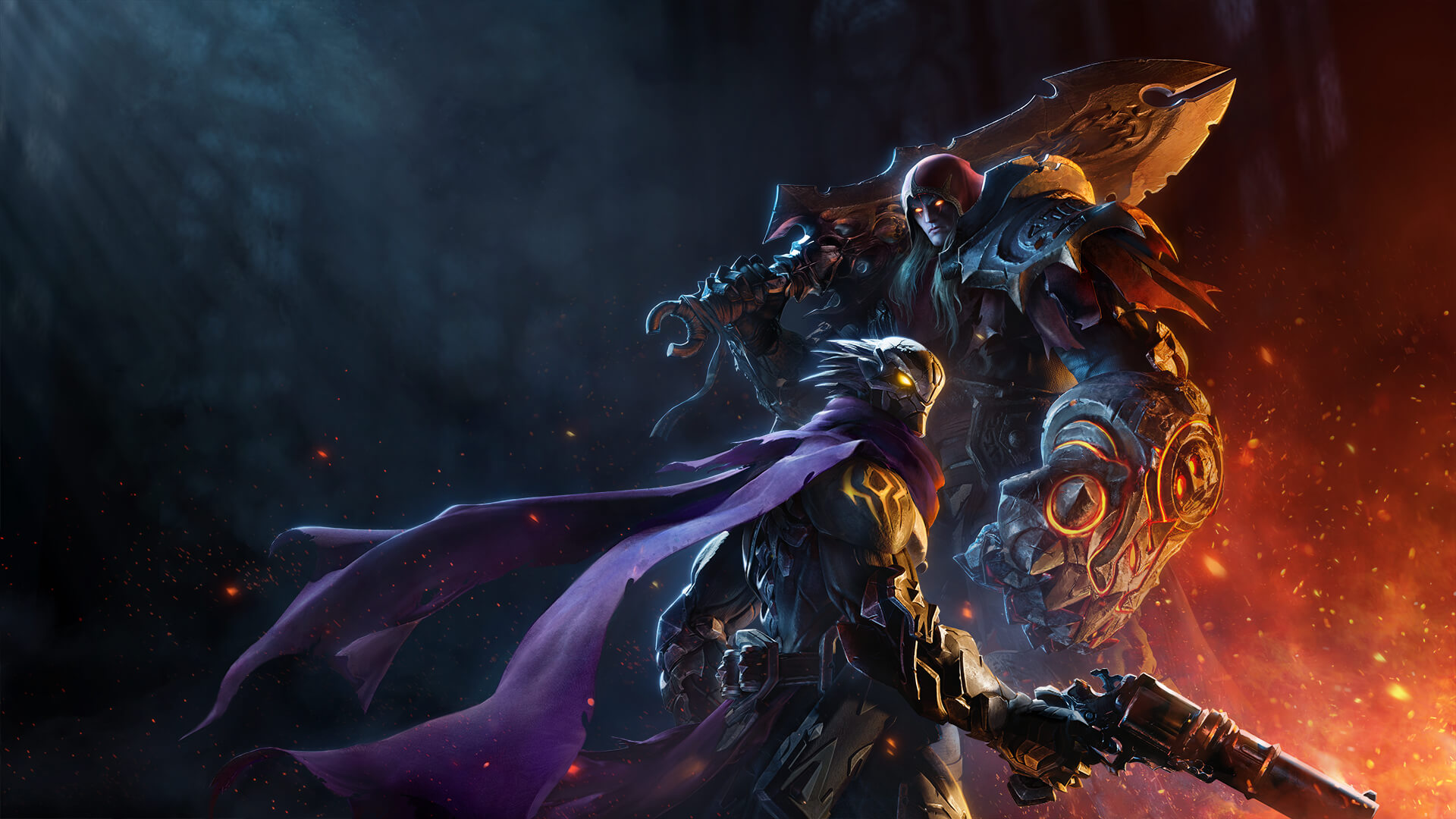 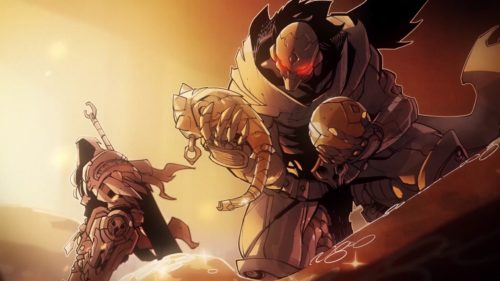 Playing Darksiders Genesis, I was reminded of Sisyphus, who was damned for eternity to roll a boulder up a hill only for it to roll back down again. Okay, the game isn’t that bad, but it can be a grind.

In a break from the preceding three third-person action adventure games, Darksiders Genesis is an isometric action-RPG, though it still retains the art style and self-aware humour of its predecessors. Colours are vibrant, the various enemy types stand out from the background, and pickups are easy to spot even when the onscreen action gets frenetic. The story is told through comic book-style cutscenes, and conversations are carried out through gorgeously illustrated talking heads.

The narrative was a highlight for me, revolving around a demonic conspiracy plotted by Lucifer himself, which War and Strife have been tasked with investigating. These horsemen are among the last surviving Nephilim, a powerful race of half-demon, half-angels, tasked by the Charred Council to uphold the Balance between demons and angels. There’s not much more lore given to you before you’re dropped right into the thick of things.

Strife features in the series for the first time and he is teamed up with War, the protagonist from the first title. I’m a sucker for a good buddy cop dynamic, and this is one of those. Strife is the easy-going, wise-cracking rebel and he is countered beautifully by the stoic, by-the-book War. The voice acting really brings the characters to life – not only the protagonists, but their various demonic and angelic allies and enemies as well. 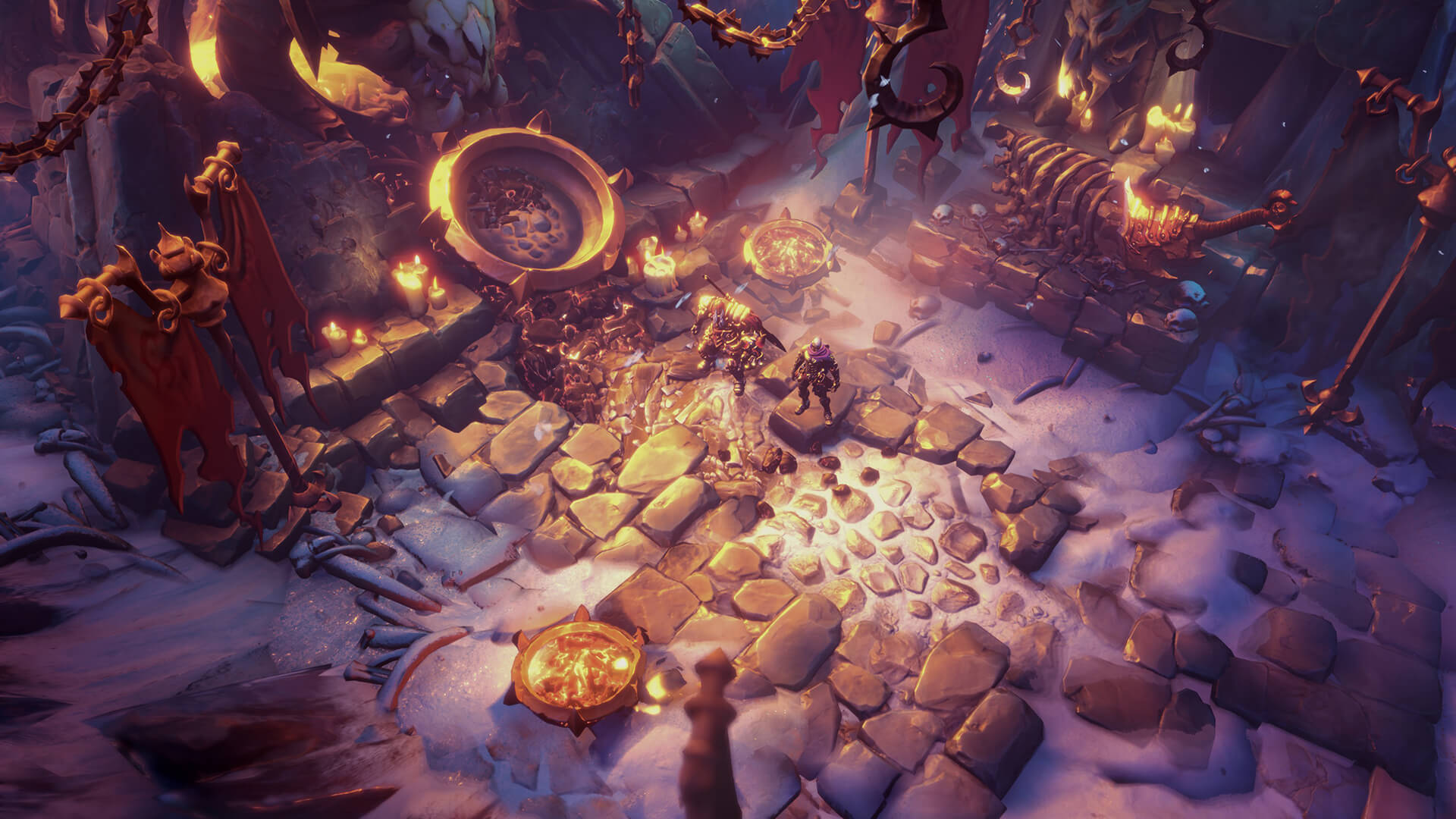 The music is also on point, with a sweeping, orchestral soundtrack that mirrors the epic feel of the plot, levels, and battles.

When playing as Strife, Darksiders Genesis feels like a twin-stick shooter as he dodges around the battlefield, blasting away with dual pistols. War, in contrast, is melee-focused, swinging around a comically large sword. When playing through the campaign in co-op, each player controls a horseman but when playing alone, you can swap between them with a button press. Switching characters helps introduce some variety into the combat, and each horseman also has unique tools for getting through the environmental puzzles.

Killing enemies rewards you with health, wrath, and souls, which are used as currency to purchase upgrades for your horsemen. Enemies low on health can be executed, which gets you more health and wrath but fewer souls, so you’ll need to manage your demon-slaying accordingly. 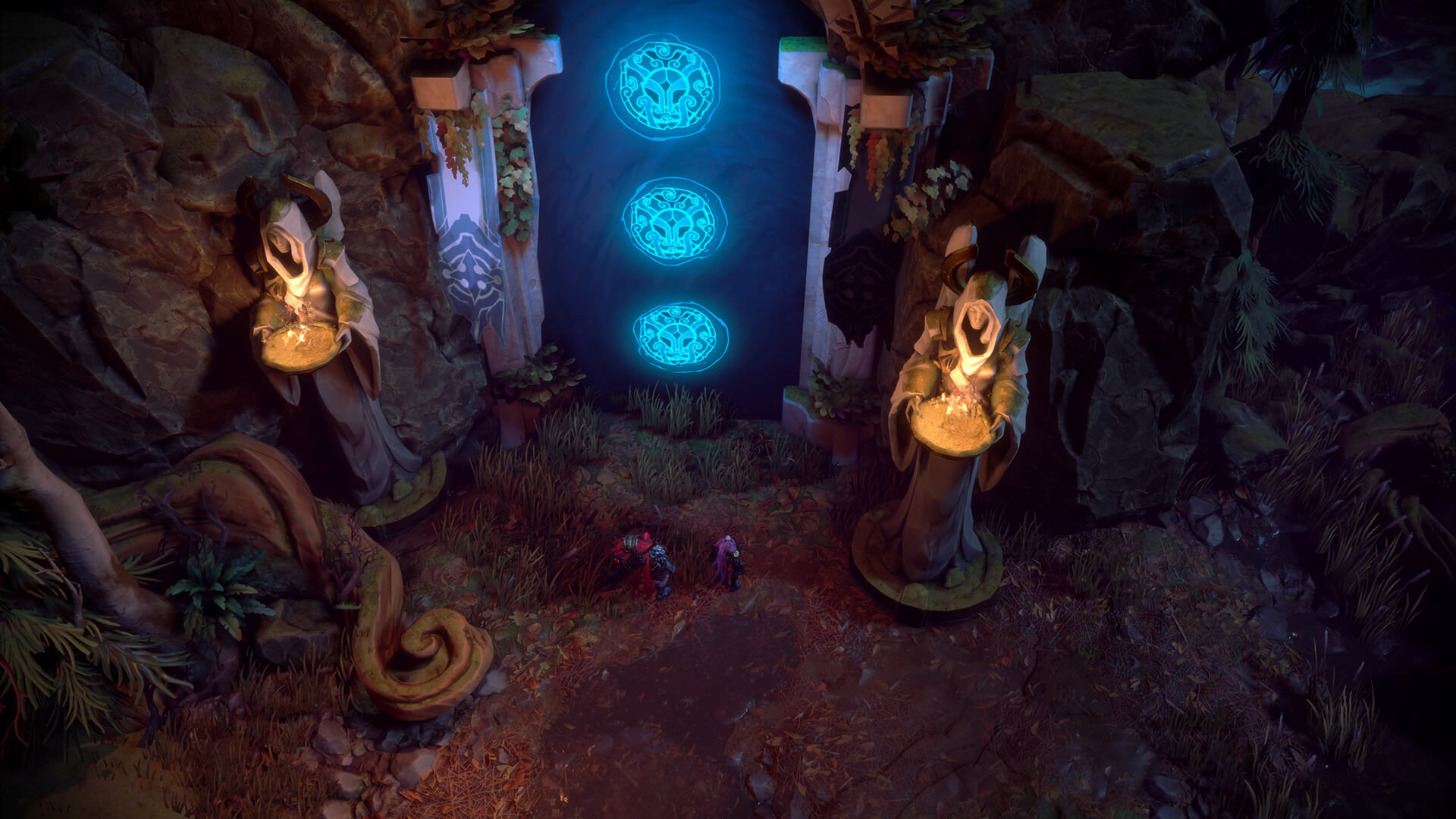 Enemies randomly drop Creature Cores that you insert into a skill tree of sorts, which increases your effectiveness in battle and grants new abilities. Creature Cores level up as you acquire more of them, so it’s worth revisiting levels in order to upgrade your Creature Cores.

Exploration is fun but hampered by a few irritating issues. While I did enjoy the verticality of levels (an unusual feature for an isometric ARPG), exploration involves a lot of leaping across abysses to grab onto ledges or land on platforms, and it’s difficult to gauge height and distance within the isometric view. Also, a mini-map would have been much-appreciated. Instead what you get is a 2D map that doesn’t show your current location, but instead just highlights the section of the level where you are currently. This can be very confusing and more than once I had to backtrack because I had misread the map.

One of my biggest gripes with the game is the lack of exposition when it comes to the various mechanics, of which there are a few to juggle. You’ll come across capitalised nouns like Wrath, Chaos, and Hotstreak, which seem important but aren’t ever explained. Ten hours in, I still felt like I had lied my way through a job interview, been hired, and was now just trying to eat as many free lunchroom donuts as I could before management wised up and kicked me out.

Darksiders Genesis
BOTTOM LINE
Fans of Darksiders will find a lot to like within Genesis. Strife is an excellent addition to the gang, and there are some genuinely great moments between him and War - and with this being a prequel, you also get to learn more about the lore. For everyone else, however, Darksiders Genesis is a flawed game. It’s fun but there are better isometric action-RPGs out there.
PROS
The narrative, plus I genuinely like the Darksiders lore - it’s fun and self-aware
The characters
Couch co-op!
CONS
Inexcusably bad support for ultra-wide resolutions
Lack of explanation of game mechanics
The grind
The map
60 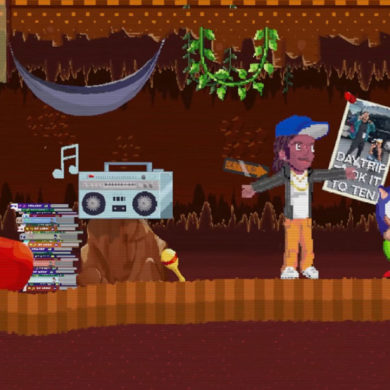 You’ve gotta get down on Friday, so here’s 16-bit Wiz Khalifa singing about Sonic the Hedgehog