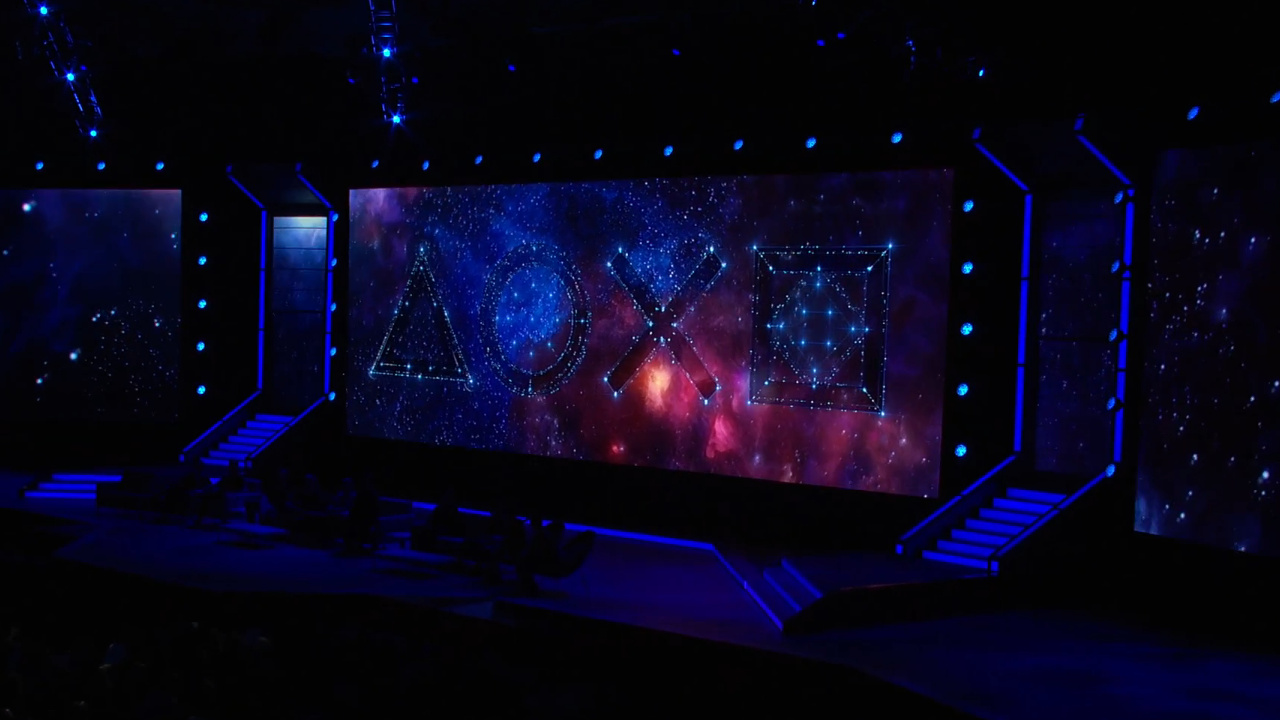 All the other new games from PlayStation Experience 2017 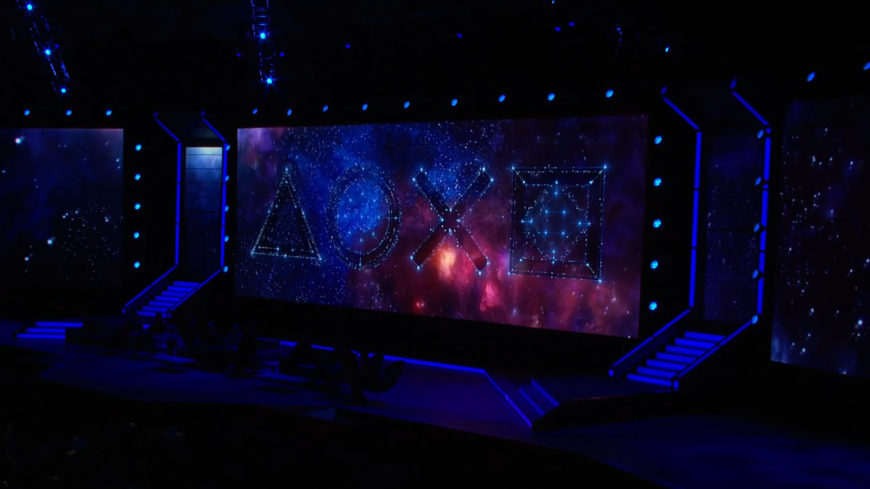 Sony’s PlayStation Experience 2017 went on for a full three days, offering gamers the chance to sample some of the content coming from Sony’s in-house studios, their partners, and indie developers using the PlayStation platform to boost themselves in the spotlight. Though Microsoft is arguably better known for their ID@Xbox program, Sony’s efforts have been into putting developers from smaller studios onto their platform instead of overshadowing everything with first-party titles, and the trailer release throughout the weekend showed that. Hop on after the jump and see what else the weekend had in store for Sony fans.

Anamorphine is a brain-bending narrative-driven PlayStation VR title where gamers play as Tyler, a man gone mad from the loss of his wife Elena, and the downward spiral of his mental state as he turns to alcohol. Anamorphine primarily involves concepts around the bending of reality, and the visuals range from the mundane to truly nightmarish. Players do not physically interact with the world at all. Anamorphone launches on 16 January 2018. It is also available on Steam.

Dark Eclipse is a MOBA set in a fantasy realm, and run on PlayStation VR. The control scheme sees you using the PlayStation Move controllers to move around objects and characters in the game. It’s an interesting take on the MOBA genre because the control scheme is entirely different, almost resembling a tabletop game.

Tower 57 is a top-down retro action shooter with customisable weapons and characters, with both local and online co-op multiplayer. The plot is a bit like that of Dredd, where you have to work your way up Tower 57, a diesel refinery, to get to the top.

It’s as if one of the side characters in Stardew Valley got their own game where that character is secretly a badass action hero at night. Digital Sun describes Moonlighter as “an action RPG with rogue-like elements”, and it looks pretty interesting.

You-you’re a clone, Morty! A goddamn clone! Like, I-I-I could make a million of you and you wouldn’t even know the others had existed, Morty. But that’s not the-LISTEN TO ME, Morty, pay attention! Yes, I know it’s terrifying to know you’re not a real boy, but I made you to -buuuuuurp!- be a substitute for my real Morty in my experiments. Why? Why do you ask, Morty?? Because the insurance claims on Morties are insane, don’t you know?! It’s not like the Council of Ricks has an unlimited supply of Morty clones to just hand out because that would create a paradox, you know! Jeez, why do I keep you around…

Iconoclasts for PlayStation Vita and PS4 (2018)

Guys, Sony released a game for the PS Vita! Like, how? You can’t even buy a new one these days. Iconoclasts is a side-scrolling action platformer with a female protagonist who wields a golden wrench, and it looks awesome. It launches on 23 January 2018.

Mulaka is a third-persion action adventure game where players take the role of a Sukurúame, a Tarahumara shaman. The Tarahumara are an indigenous tribe of what is now Mexico, and the Sukurúame were said to have the power to change into animals with the power of demigods.

Apparently, this rhythm game that uses DualShock controllers had prequels that were a hit in Japan. Some of the gameplay looks legitimately impossible, but I’m also horrible at rhythm games, so…

My childhood called. It wants to play this. Horizon Chase Turbo is a sequel to the 90’s themed Horizon Chase that launched on iOS and Android in 2016. Turbo takes players to brand new locations with over 110 tracks and split-screen multiplayer.

Omen of Sorrow is essentially the same idea as Killer Instinct, only this time it’s just 2.5D, and the fighters are famous characters from classic horror, fantasy, and mythological literature that found their way into the public domain. There’s a werewolf, Dracula, a gargoyle, and a host of other characters to choose from. The trailer includes pre-alpha gameplay.

Romancing SaGa was a popular Japanese RPG series by Square Enix in the early ’90s that never really saw mass distribution in Western markets until the mid-2000s. Created by Akitoshi Kawazu after his work on producing Final Fantasy and Final Fantasy II, the SaGa series even begins with a 1989 game for the Gameboy called The Final Fantasy Legend. Akitoshi-san has worked on every game in the SaGa series, and Romancing SaGa 2 is the first remaster in the series for international markets.

Launching on 20 December 2017 for PlayStation VR and Steam VR, Shooty Fruity is a multi-tasking shoot-em-up that tasks players with working in a grocery store as a mere cashier, while also fighting off an invasion of anthropomorphic fruit at every turn.

So you’re a Megaman fan, but you can’t wait for Megaman XI. Or you can, but you don’t have a Nintendo Switch, but you do have a PS4. Well, that’s where 20XX comes in. This Megaman-inspired platformer sort of emulates the feel and style of previous Megaman games, and is also available now on Steam.

Fantasy Strike is a fighting game that chucks out all the complicated move sets found in traditional fighting games, and instead replaces it with a rhythm-based move set that uses a minimal amount of buttons, but requires precise timing and a good memory for pulling off the combos. Sirlin Games’ first title is supposed to be an entry into the genre and allows players to pick it up and learn the core concepts quickly.

World War Z was a sleeper hit film adaption of the book of the same name by Micheal Brooks, which almost never finished production with delays and setbacks galore pushing the project back. It’s one of the better zombie movies out there today, and may have been the inspiration behind the frenzied zombies in Days Gone, another PS4 game launching next year. World War Z, the game, is a four-player co-op adventure set inside the book’s universe, and there’s not much else we know besides that. The game is being developed by Saber Interactive, whose previous works include NBA Playgrounds, Quake Champions, Halo Online, Halo: The Master Chief Collection, God Mode, and Halo: Combat Evolved Anniversary.

They’re also making a fighting game called Shaq Fu: A Legend Reborn which puts you the player as.. Shaq. Who knows kung fu. For… reasons. And is fighting off hordes of enemies for… reasons. 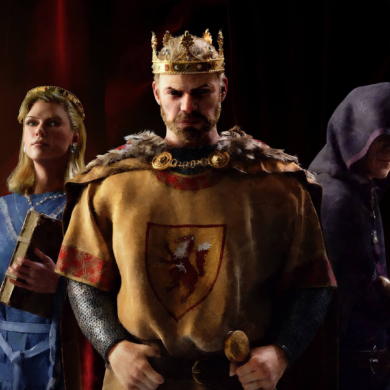