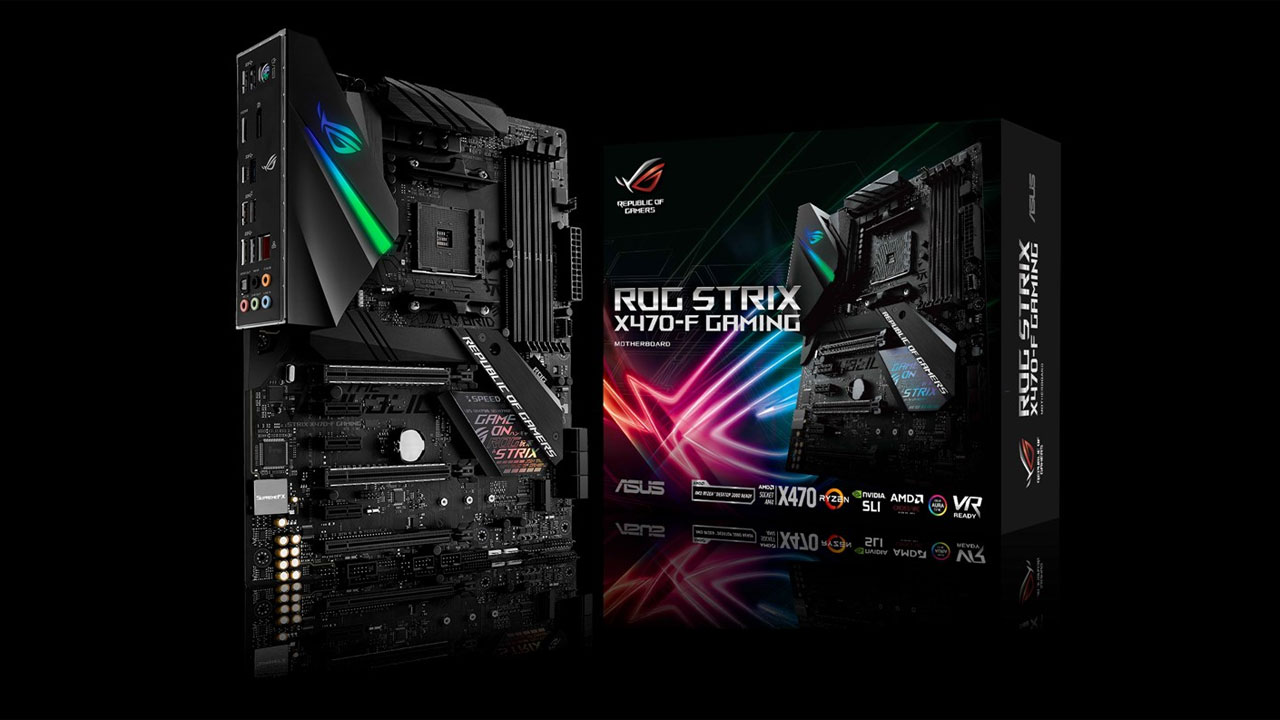 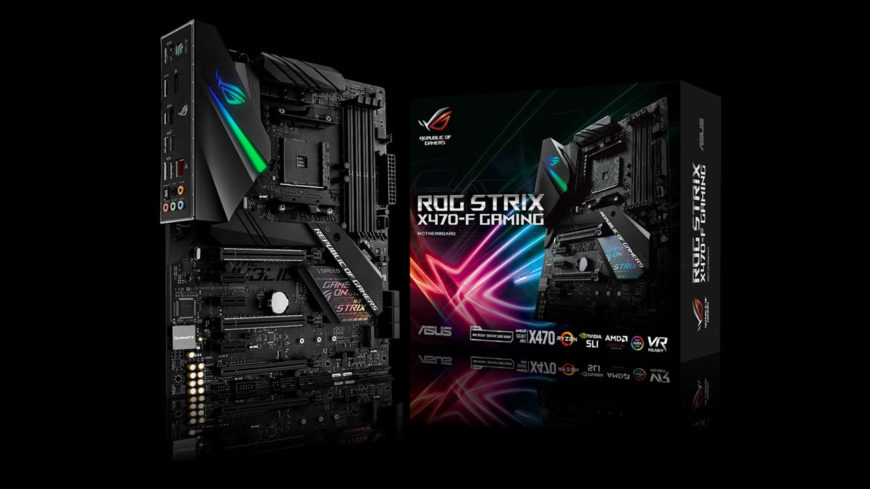 We all knew it was coming: the release of AMD’s second-generation Ryzen processors based on the Zen+ architecture (you can read Neo’s review of the Ryzen 2 2700X here). To say that the first generation of Ryzen CPUs was impressive is an understatement. They delivered on performance, energy consumption and core count, and frankly Intel is still reeling from the impact AMD’s chips made when they hit the market.

The consumer is the one that benefits in the end, especially with motherboards like the ASUS ROG STRIX X470-F GAMING, which is bristling with features: features that used to be reserved only for the richest among us, but can now be found on mainstream gaming motherboards like this one.

Ryzen was such an exciting development that I invested my own money in the platform, tossing aside my trusty Core i5 and replacing it with a Ryzen 7 1700 and an X370 motherboard. The only problem with my upgrade was that I did it a week before the second-generation Ryzen processors and the X470 motherboards were released. My reasoning: the approximately 10% performance difference wasn’t worth the extra money or the wait. Money burns a hole in my pocket. So looking at the ASUS ROG STRIX X470-F GAMING motherboard, am I disappointed with my decision not to wait? Honestly, I still can’t decide, and this review is my voyage of discovery on that matter.

The X470 chipset has a few minor improvements over its predecessor, specifically XFR 2 Enhanced support and Precision Boost Overdrive. Both these features require a Ryzen 2000X processor (2700X and 2800X). XFR 2 Enhanced now allows all the cores of the X processors to be overclocked, which wasn’t the case with the first iteration. The Precision Boost 2 feature is now less dramatic with its core clock speed changes as the number of threads increases. These two features form part of AMD’s SenseMI technology, which is all about balancing power consumption and temperature. Simply put, the processors are now smarter when it comes to overclocking themselves.

The chipset of a motherboard isn’t as important as what the manufacturer is able to do with the chipset. So has ASUS capitalized on the full features of the X470 chipset? I’d say they have. Compared to its competitors, the ROG STRIX X470-F is more discreet, eschewing flashy heatsinks and DIMM slots for an all-black affair. The chipset heatsink has a fair bit of branding on it that I find a bit much, especially when you realise it’s reflective foil. Shiny lettering aside, the X470-F does tick one very important aesthetic box for me: limited RGB lighting. Call me old-fashioned, but my days of turning my gaming rig into a Christmas tree are far behind me, so RGB lighting doesn’t do it for me. The X470-F only has a single light on the shroud behind the I/O panel, which lights up a single strip and the ROG logo. For those who do enjoy adorning their PCs with RGB accessories, there are two headers on the motherboard specifically for this.

My favourite feature of this motherboard is the SupremeFX S1220A audio chipset, which is a rebranded Realtek ALC 1220 combined with a good DAC and some great headphone amps. I’m no audiophile, but I enjoy listening to music on my headphones (and loudly too), which the sound card on this motherboard handled with ease. Another clever feature is the heatsink/shroud over the first M.2 slot. MSI’s approach is a lot flashier, while ASUS has opted for such modest styling that I didn’t even realise what it was until I consulted the manual. Some people might want to show off their M.2 SSD, but I found the concealment approach to be welcome.

Another feature I appreciate is the integrated I/O shield that forms part of the previously mentioned shroud. This makes life easier when installing the motherboard, because you no longer have to kick yourself when you inevitably forget to install the I/O shield. It also means you won’t have any issues aligning the motherboard against the shield. This sort of touch is what I’ve come to expect from ASUS and it adds to that overall feeling of quality. 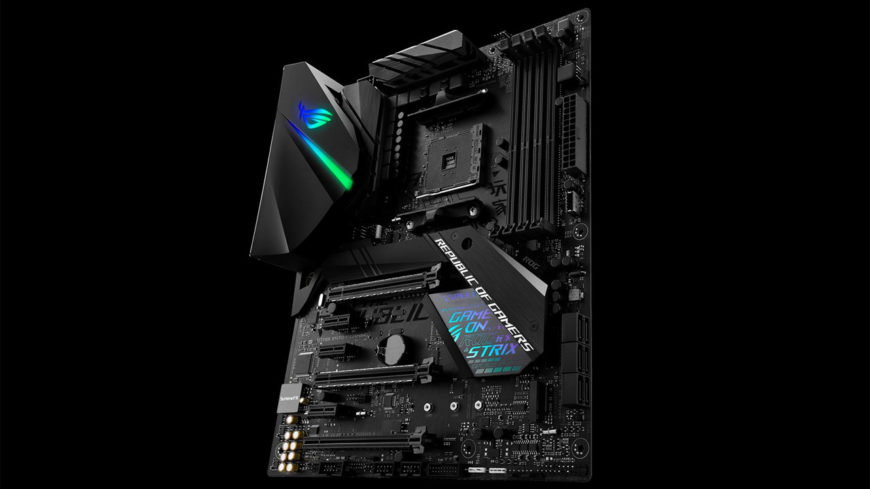 Down to brass tacks. How does ASUS’s new motherboard perform, and is it worth your hard-earned money? To test out its performance I used a Ryzen 5 2600 as well as a Ryzen 7 1700, the latter of which I also benched on an MSI X370 GAMING PRO CARBON motherboard to compare the X470 chipset against its predecessor. Results vary, with some tests showing a solid 8% performance difference and others showing no performance benefit at all. This isn’t to say that the ROG STRIX X470-F is a bad performer, because it’s not. Instead it demonstrates that the X470 chipset is not a major leap for AMD – unless you have a new Ryzen 7 2700X or 2800X, because they’ll benefit from the XFR 2 Enhanced support and Precision Boost Overdrive.

So have I come to regret my YOLO purchase? Yes I have. The X470 chipset might not offer much performance benefit over the X370 board sitting in my gaming rig, but when I want to upgrade to a Ryzen 7 2800X I’ll be missing out on those extra little performance boosts that the new chipset and CPUs can deliver when combined. ASUS’s design approach is something I prefer over other manufacturers, but it’s that sound card especially that makes me a bit regretful, especially when combined with the bundled software. ASUS just seems to do a better job when it comes to on-board sound cards than other manufacturers. The UEFI BIOS is also a great place to play around in and comes packed with all the options we’ve come to expect when dealing with a mainstream or high-end motherboard. I look forward to overclocking with this board this weekend – keep an eye out for those results soon.

9It’s a solid performer with all the features you could want from a new motherboard. I mean, what more could you need in a gaming motherboard? 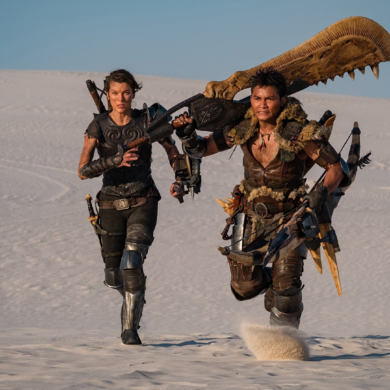 The Monster Hunter movie posters feature absurdly over-sized weapons, as they should